Your friend and humble narrator is extremely skeptical that peace may be at hand. 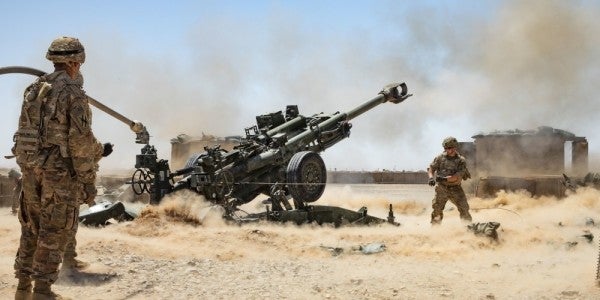 Once again, the United States and the Taliban are apparently close to striking a peace deal. Such a peace agreement has been rumored to be in the works longer than the latest “Bill & Ted's Excellent Adventure” sequel. (The difference is Keanu Reeves has fewer f**ks to give than U.S. Special Representative for Afghanistan Ambassador Zalmay Khalilzad.)

Now Taliban spokesman Suhail Shaheen has told a Pakistani newspaper that he is “optimistic” that the Taliban could reach an agreement with U.S. negotiators by the end of January.

Your friend and humble narrator is extremely skeptical that peace may be at hand. (The Soviets invaded Afghanistan just over 40 years ago and the country has been a killing ground ever since.)

That said, this reporter is not an Afghanistan expert. In fact, most of what this intrepid correspondent knows about the country comes from the 1988 movie “The Beast of War” about a Soviet tank crew. (An underrated gem that came out the same year as “Rambo III.”)

But in December, the Taliban denied an Associated Press story that its ruling council had agreed to a temporary truce.

“We have neither talked about a ceasefire with anyone nor agreed to it,” a Taliban spokesman told Task & Purpose on Dec. 30. “We are however holding consultations about a reduction in the level of violence.”

On Friday, Pentagon spokesman Jonathan Hoffman declined to say whether the United States would accept a reduction in violence in lieu of a formal ceasefire as part of a peace agreement with the Taliban.

“I'm not going to get ahead of the State Department,” Hoffman said. “They've got the lead. Ambassador Khalilzad has the lead on that negotiation. So we will continue on this topic to refer everybody to the State Department for an update on where that negotiation is. The role of the military is to help set the security environment so that those diplomatic solutions can be successful.”

U.S. negotiators have made it clear to the Taliban that “the current level of violence is not conducive for peace,” a State Department spokesman told Task & Purpose on Friday.

“For a peace process to move forward, the Taliban will need to demonstrate that they are committed and able to reduce violence and eventually abide by a ceasefire,” the spokesperson said.

Since the Afghan government has been excluded from the U.S. negotiations with the Taliban, Afghan officials will have no say on whether the United States agrees to leave some troops in Afghanistan as part of a counter-terrorism force or if it ends its military presence in the country entirely as part of a peace deal.

Afghan President Ashraf Ghani has said he is open to a withdrawal of 4,000 of the roughly 13,000 U.S. troops in Afghanistan, according to New York Times reporters Rebecca Blumenstein and Mujib Mashal.

By signaling that he would agree to partial withdrawal, Ghani could be trying to give Trump a political win that falls short of the president's oft-repeated pledge to pull all U.S. troops out of Afghanistan.

Hoffman would not say when the U.S. military might withdraw 4,000 troops in Afghanistan.

“I have no announcement on that for you,” Hoffman said at Friday's news briefing.

However, Defense Secretary Mark Esper has said that the United States could reduce the number of troops in Afghanistan while still meeting mission needs, Hoffman said.

None of the public statements made by U.S. or Afghan officials – or the Taliban for that matter – give your humble Pentagon correspondent much confidence that America's longest war will be over by the end of the month.

Given that Afghanistan has been plunged into chaos since December 1979 – eight months after this reporter was born – I hope that my grandkids live to see the day when U.S. troops no longer have to go there.