America Will Never Win The War In Afghanistan

According to an in-depth investigation conducted by BBC News reporters in late 2017, the Taliban fully control four percent of Afghanistan’s districts … Continued 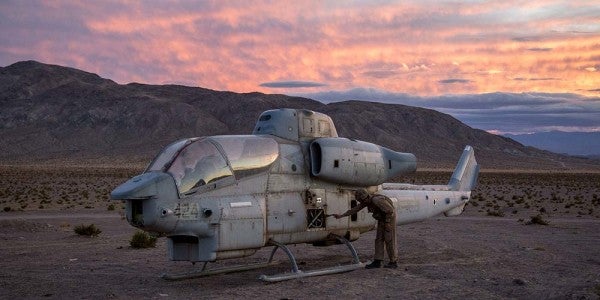 According to an in-depth investigation conducted by BBC News reporters in late 2017, the Taliban fully control four percent of Afghanistan’s districts and “have an active and open physical presence” in 66 percent of the remaining ones. They found that roughly half of the Afghan people “are living in areas that are either controlled by the Taliban or where the Taliban are openly present and regularly mount attacks.”

These findings should give pause to observers who believe that the United States is, or will presently be, poised to turn the tide in Afghanistan enduringly. There are currently fourteen thousand U.S. troops stationed there, up from 8,500 when President Trump took office, and the Army is recommending that the president authorize the deployment of an additional one thousand troops. For much of 2011, by comparison, there were nearly one hundred thousand U.S. troops in Afghanistan. While that earlier surge did reduce the Taliban’s control and extend that of the Afghan government, neither trend lasted. It is difficult to see how the present force would be able to accomplish what one nearly seven times as large could not; it would be unlikely to have more than marginal impact, and even then for only as long as the deployment was sustained.

The United States has now been at war in Afghanistan for over sixteen years, at a cost of over $1 trillion; Atlantic Senior Editor Krishnadev Calamur noted last month that the Taliban “now controls . . . more territory than at any point since the U.S.-led invasion”; and the United Nations Office on Drugs and Crime reported this past November that both the level of opium production and the area under opium poppy cultivation in Afghanistan reached record highs in 2017.

Such realities invite a rigorous interrogation of the rationales for America’s continued involvement there. Steve Coll, dean of Columbia University’s Graduate School of Journalism and author of a new book on U.S. efforts to counter terrorism in South Asia, observes that policymakers have yet to answer essential questions, such as “Why is the United States in Afghanistan? What interests justify its sacrifices? How will the war end?” Instead, it would appear that the United States has accepted, or perhaps resigned itself to, a kind of circular logic, one whose power will only grow with time: the longer that U.S. forces remain in Afghanistan, the more self-evident it should be that the United States has vital national interests there.

If, as the top U.S. commander in Afghanistan concluded this past November, the conflict in Afghanistan “is still in a stalemate,” and the United States is unable and/or unwilling to specify the conditions under which its forces would begin to draw down, then it is effectively committing itself to staying there in perpetuity. Some observers contend that the United States would embolden the Taliban by announcing a timeline for withdrawal. Having fought U.S. troops for over sixteen years, though, the organization has proven itself to be frustratingly resilient and adaptable; so long as the United States has forces deployed there, the Taliban will likely be able to recruit a steady flow of fighters.

Following a recent attack by the group that killed at least ninety-five people and injured 158 others, President Trump ruled out negotiations with its leadership. His sentiment is understandable. Unfortunately, though, concludes Laurel Miller, who served from June 2013 to June 2017 as the State Department’s deputy and then acting special representative for Afghanistan and Pakistan, America’s “only realistic exit strategy” is “a negotiated settlement.”

Pakistani support, in turn, remains essential to the achievement of such an outcome. The administration’s threat to cut off up to $2 billion in military assistance to Islamabad is unlikely to achieve its intended results for at least two reasons. First, despite the turbulence that has marked U.S.-Pakistan ties since 9/11, U.S. troops remain dependent on transit through and overflight of Pakistani territory as a lower-cost alternative to supply line arrangements that would traverse Iran or Central Asian countries. Richard Olson, U.S. ambassador to Pakistan from 2012 to 2015, explains that “ithout Pakistani cooperation, army in Afghanistan risks becoming a beached whale.” Second, in large measure due to China’s resurgence, the United States has significantly less leverage over Pakistan than it did in the 2000s. Under the auspices of its “One Belt, One Road” initiative, China has promised to investsome $62 billion into the China-Pakistan Economic Corridor. While Islamabad cannot expect a blank check from Beijing—the latter is concerned that its growing influence over the former could increasingly make it a target for organizations such as the Haqqani network and Lashkar-e-Taiba—it can count on less diplomatic pressure and greater economic support.

This past August, President Trump stated that victory in Afghanistan would entail “attacking our enemies, obliterating ISIS, crushing al-Qaeda, preventing the Taliban from taking over the country, and stopping mass terror attacks against Americans before they emerge.” While that conception is part of what he contends to be a new, more aggressive strategy, it actually suggests a more discomfiting conclusion: the best the United States may be able to do in Afghanistan is maintain a protracted stalemate.

Ali Wyne is a policy analyst at the nonprofit, nonpartisan RAND Corporation and a nonresident fellow with the Atlantic Council’s Brent Scowcroft Center on International Security.