Where Will the Infantry Fight Future Wars?

Why is the US military investing half a billion bucks into fighting underground? Drone swarms and chemical attacks could destroy … Continued 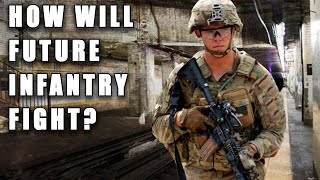 Why is the US military investing half a billion bucks into fighting underground? Drone swarms and chemical attacks could destroy any troops on the surface in a future war. What will the future of warfare look like for the infantryman on the ground? We gathered some of the opinions from the top think tanks.

As always our mission statement is to present interesting information in an entertaining and funny way whenever possible. We take complex military history topics and condense it for you.

Infantry in the future will have to contend with killer robots and hiding from artificial intelligence-driven sensors. Future weapon systems sound terrifying. Senator John McCain held a congressional meeting on the future of war where several top experts gave speeches on what they believed the biggest problems facing our military would be in the future. We learned some interesting insights about where the Army is betting they should invest their time and energy.