Surprise! The Global War On Terror Is Secretly Expanding In Africa — Again

ISIS may be degraded beyond recognition in Iraq and Syria, but the Department of Defense is ramping up its fight against... 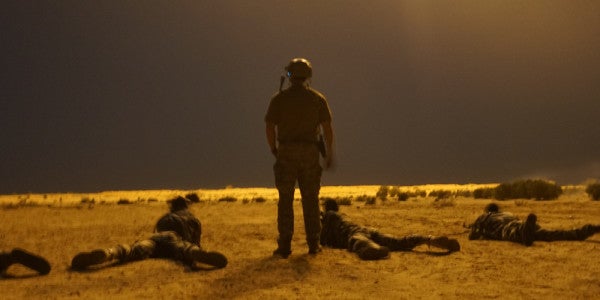 ISIS may be degraded beyond recognition in Iraq and Syria, but the Department of Defense is ramping up its fight against the terror organization far beyond the traditional battlefields of the Middle East.

These classified missions — known as Operation Yukon Journey and “operations in Northwest Africa and East Africa,” according to the report — are designed to “degrade al Qaeda and ISIS-affiliated terrorists in the Middle East and specific regions of Africa.” And while details on those operations are scant due to their sensitive nature, the DoD OIG report says the Pentagon was unable to answer critical questions regarding the U.S. military presence there:

The DoD informed the DoD OIG that the new contingency operations are classified to safeguard U.S. forces’ freedom of movement, provide a layer of force protection, and protect tactics, techniques, and procedures53 However, it is typical to classify such tactical information in any operation even when the overall location of an operation is publicly acknowledged.

It's worth noting that the newfound missions come months after Pentagon officials detailed plans to wind down the number of U.S. special operations forces missions in Africa amid the DoD's newfound emphasis on “great power competition” with the likes of Russia and China.

But the DoD has expressed nothing but concern over the fight against ISIS in the region, arguing in February that ISIS affiliates posed a greater threat to the region than even Boko Haram. Indeed, the New York Times noted that those planned reductions in SOF missions in Africa would likely come from missions in “Central and West Africa” rather than the areas detailed in the new OIG report.

Recentering the anti-ISIS campaign on Africa isn't necessarily a dumb move. As Congressional Research Service Africa analyst Lauren Ploch told Task & Purpose around that time, those foreign fighters who fought U.S. forces in Iraq and Syria are now returning to their home countries as would-be insurgents, as is the case for the thousands of al-Qaeda and ISIS militants who came from Tunisia.

But it's also worth noting that the expansion of those named contingency operations came at a time of relative flux regarding the U.S. government's broader approach to African affairs. As Task & Purpose reported back in January, the Trump administration’s contingent of Africa experts at both the Pentagon and the State Department was basically a ghost town. Indeed, ex-CIA Africa aficionado Alan Patterson only took up the position of assistant secretary of defense for African affairs in December 2017 — before quitting in after about 10 months.

Taken together, these elements paint an alarming picture: a shadowy terror network, pursued across borders and boundaries and into new battlegrounds, with what appears to be little consistent long-term policy or strategic planning conducted beyond the prying eyes of both watchdogs and taxpayers. I guess that's the silver lining of the Global War on Terror: When you do it over and over again for 17 years, you get pretty damn good at it.