Quick reminder: We’re on the eve of destruction as the INF Treaty expires

It's not time to panic, but it might be good to brush up on your 'duck and cover' skills. 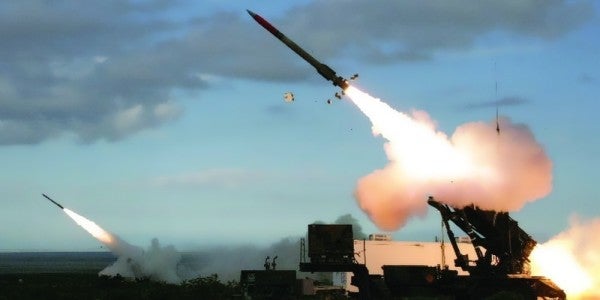 We're all going to die.

That doesn't mean we're all going to die tomorrow, but before we delve into the United States government's withdrawal from the Intermediate-Range Nuclear Forces Treaty, it's worth remembering that we are all mortal and our corporeal existence will end one day even if the world is not consumed by a nuclear holocaust or global warming or the heat death of the sun (Your daily motivation courtesy of your friend and humble narrator).

First, let's take a trip back in time to 1987, when the INF Treaty was first signed. At the time, the Soviet Union was led by Mikhail Gorbachev, who came to power after his three predecessors died in quick succession between 1982 and 1985. For Soviet reformers, Gorbachev's accession gave hope that Stalin's generation of cronies was finally starting to die off. Gen Xers and Millennials can relate.

The INF Treaty, intended to defuse the possibility of a global thermonuclear war, paved the way for the Soviets to dismantle their inventory of 654 SS-20 nuclear cruise missiles, which were difficult for NATO to track because they were so mobile and could strike targets in Europe with little notice, according to the Center for Strategic and International Studies' Missile Threat website.

Flash forward to the present: Current Soviet leader Vladimir Putin has shown the INF Treaty as much respect as he has given to the territorial integrity of Georgia and Ukraine. Russia has developed a new ground-launched cruise missile with the designator 9M729, making the United States the only country actually living up to the treaty. As President Barack Obama can attest, nice guys who play with Russia really do finish last.

On Friday, the United States formally withdrew from the INF Treaty. Secretary of State Mike Pompeo issued a statement claiming, “Russia is solely responsible for the treaty's demise.”

For defense industry, the end of the 32-year-old treaty meant to prevent Armageddon is surely more exciting than Christmas, July 4th, and the Super Bowl all wrapped up in an orgasm. Expect to see companies rolling out new lines of missiles for Prime Day; after all, nothing says “I love you” like a $500,000 million gift card for Raytheon.

However, it will take several years for the Defense Department to field any new weapons systems, said Pentagon spokeswoman Air Force Lt. Col. Carla Gleason, who added that not only is the Pentagon is only looking to test and develop new systems for conventional weapons rather than nukes, but it's far too early to say where these new weapons might be deployed.

“In light of Russia's continued violation of the INF Treaty, the Department commenced Treaty-compliant research and development activities in 2017,” Gleason said in a statement. “DoD's initial R&D efforts led the department to focus on mobile, conventional, ground-launched cruise and ballistic missile systems.”

Now that the INF Treaty is history, the U.S. military has an opportunity to develop hypersonic weapons and other conventional systems that would come in handy in a war against China, said retired Army Maj. Gen. Robert Scales, author of Scales on War, a.k.a. the bible for lethality.

These new weapons systems could be launched by bases held by Marines to take out Chinese missiles, which have ranges between 1,200 and 2,200 miles, Scales said. The U.S. military can now also develop long-range anti-ship missiles.

In other words, the Pentagon is free to become more lethal, and if there's one thing the U.S. military loves, it's lethality, which top civilian and uniformed officials are known to mix with baking powder and smoke it like crack cocaine.

But one unresolved question is whether leaving the INF Treaty makes war against a great power such as Russia or China more likely, especially since humanity will have brand new tools of self-destruction.

It's also worth noting that President Donald Trump has shown great enthusiasm for using destructive weapons, such as the GBU-43/B Massive Ordnance Air Blast or “Mother Of All Bombs.”He recently said he could win the war in Afghanistan at the cost of millions of lives. (He's right, you know.)

So where does that leave us?

The best advice your humble Pentagon correspondent can give is this: Treat every day as if it were your last. Eventually, you'll be right.