"There's no question that President Trump has escalated things with Iran dramatically but it's never too late for Congress to exercise its Constitutional authorities," said Rep. Seth Moulton (D-Mass.) 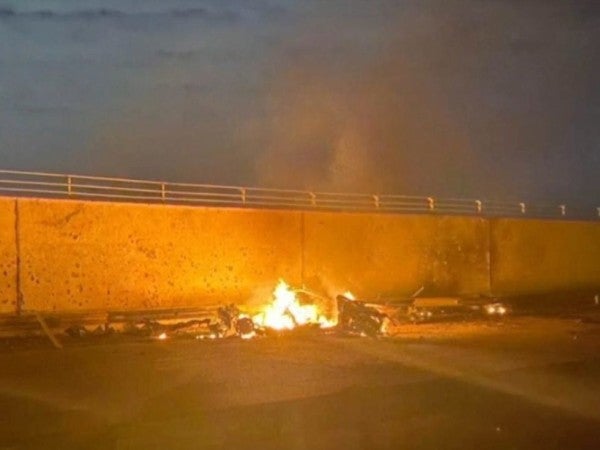 The Constitution gives Congress the power to declare war, but after authorizing military force against Al Qaeda in 2001 and Saddam Hussein in 2002, lawmakers have been happy to cede all decisions to the White House on whether U.S. troops live or die.

Now, after an airstrike that killed Maj. Gen. Qasem Soleimani, head of Iran's Islamic Revolutionary Guard Corps, it's worth asking whether Congress will step in for oversight or sit back and watch as a new war festers in the Middle East.

For two decades, Congress has willfully abdicated all of its responsibilities that come with its war-making powers. And yet some lawmakers have suddenly wondered why they have become irrelevant to strategic decisions.

Top Democrats in the House and Senate are complaining that they were not informed ahead of time about the strike that killed Soleimani,. Abu Mahdi al-Muhandis, the commander of Kata'ib Hezbollah and deputy commander of the Popular Mobilization Forces, was also reportedly killed.

“President Trump failed to consult with Congress,” Sen. Jack Reed (D-R.I.), ranking member of the Senate Armed Services Committee, said in a statement on Friday. “Now he must provide the American people, Congress, and the international community a thoughtful plan for what comes next. Our troops and diplomats deserve a strategy that is worthy of their sacrifice.”

To those lawmakers who claim to be offended that President Donald Trump didn't warn them before taking such a monumental action, I say: Thou doth protest too much. Congress has shown that it could care less that U.S. troops are still dying in Afghanistan. If there was ever a time for the House and Senate to live up to their Constitutional obligations, it was Sept. 12, 2001.

However, if Congress is serious about actually doing what the Founding Fathers intended, lawmakers could actually revoke the two authorizations for use of military force that have allowed every president since President George W. Bush to wage war without any checks or balances.

“It is in no way appropriate for the military or the executive branch in general to be justifying continued military engagement in dozens of countries that are clearly beyond the initial scope and intent of those AUMFs – and that's the situation that we find ourselves in,” said William Goodwin, director of government of relations for VoteVets.

VoteVets, a left-leaning organization, has partnered with the conservative group Concerned Veterans for America to try to rein in the White House's power to order military action without Congress' permission.

Despite bipartisan consensus that it is time to repeal the 2001 and 2002 AUMFs, lawmakers have been unable to agree on what type of legislation should replace them, Goodwin told Task & Purpose on Friday.

With tens of thousands of U.S. troops still deployed to war zones, it is time for Congress to stop complaining about the status quo for the past 20 years and repeal the authorizations for military force that no longer apply to current military actions, said Nate Anderson, executive director of Concerned Veterans for America.

“We definitely appreciate the president's dedication to protect the Americans at home, but he should really take care not to place troops unnecessarily in harm's way in what could rapidly degenerate into what we've seen in the past two decades, which is endless wars,” Anderson said.

Rep. Seth Moulton (D-Mass.) has been one of the few lawmakers who has consistently called for Congress to debate the two authorizations for military force. In fact, he tried to include an amendment in the most recent National Defense Authorization Act that would have required Trump to receive permission from Congress before attacking Iran. (It did not make it into the final legislation.)

“The message we received in committee was essentially: This is contentious; let's put it off and deal with it later,” said Moulton, a Marine veteran who deployed to Iraq four times. “Well, this is what happens when you put things off. We're now behind the ball. Congress and the administration have some catching up to do.”

Moulton told Task & Purpose that lawmakers have been reluctant in the past to talk about Congress' war-making powers because they were “afraid of the debate,” but the Trump administration's recent actions could finally alert Congress to the danger that the United States faces right now.

“There's no question that President Trump has escalated things with Iran dramatically but it's never too late for Congress to exercise its Constitutional authorities,” Moulton said.