The Strengths And Weaknesses That Will Shape Iran’s Future

Despite being resilient, the Islamic Republic has been fraught with vital weaknesses, contradictions, and vulnerabilities on both domestic and foreign policy fronts 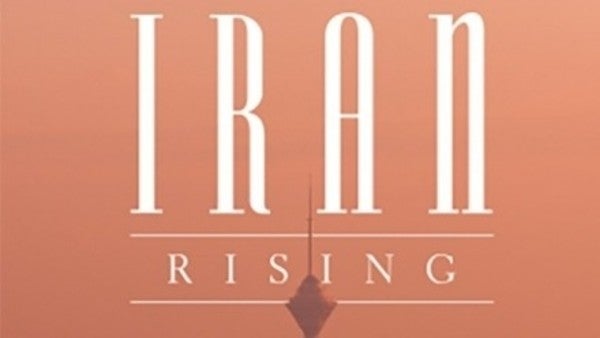 Despite being resilient, the Islamic Republic has been fraught with vital weaknesses, contradictions, and vulnerabilities on both domestic and foreign policy fronts.

The two-tiered system of governance has not worked as well as its founder, Ayatollah Khomeini, had intended, giving rise to serious political bifurcation and factionalism, power and personal rivalries, patronage building, bureaucratic and administrative malfunctioning, and systematic corruption. The Islamic system has fostered unpredictable, ad hoc, and uneven processes of social and economic change, electoral irregularities, and state repression. It has, finally, caused a growing gulf between the ruling elites and the public, corresponding to a state-society dichotomy that has alienated many citizens, especially among the post-revolution generation, from the regime, its conservative clerical strands in particular. Although these outcomes have been accentuated since Khomeini's death, they have their foundations in the way that he structured and operationalized the Islamic Republic. As the Supreme Leader and his conservative supporters have maintained their grip on the levers of power and have compelled elected governments to defer to their authority, relations between the two tiers within the system have come into serious tension that has periodically given way to open hostilities.

The conflict between the conservative and the pragmatist and reformist clusters over the disputed result of the 2009 presidential elections clearly underlined this issue. Although the conservative forces prevailed in the crisis, its underlying causes went unresolved. While the anti-extremist and reformist president Hassan Rouhani—more than any of his predecessors—has enjoyed the support of the Supreme Leader for certain domestic and foreign policy reforms, his conservative opponents have not given him a wide berth for implementing his reform agenda. They have continued to constrain Rouhani from shaking up their hold on power by blocking him from going beyond the most necessary of reforms. Although the president commands sizable (although not majority) support within two important institutions—the Majles and the Assembly of Experts—the real power lies with the Supreme Leader and his supporters, who control the bulk of the state's political, coercive, administrative, cultural, and economic structures. The Islamic system of governance is in dire need of streamlining. An obvious and effective way to reform is to allow the will of the people within the publicly mandated government to prevail at the cost of the powers of the Supreme Leader and the Ruhaniyyat stratum. However, this would challenge not only the latter's dominance but also the structures of the entire Islamic system.

The Islamic Republic's economic record poses another source of vulnerability. As it stands, the system has not proven to be conducive to a mode of social and economic development that could ensure that the growth of the Iranian polity accords with the enormous potential afforded by its human and natural resources. In many ways, its leadership has made it harder for the state to fulfil the expectations of a majority of the Iranian population. The Islamic Republic's processes of change and development have been marred by a heavy top-down approach, enabling the ruling clerics, bonyads, Sepah, and companies linked to these powerful forces to use their positions for personal, theological, political, and economic gains. Such patrimonial, nepotistic, corrupt practices, which have permeated the state and society in different ways, have resulted in socioeconomic disparities and inequalities that rival the people's suffering under the Shah's rule, which Khomeini had promised that an Islamic government would alleviate.

These imbalances have seriously affected the Islamic Republic's ability to develop its economic and hard- and soft-power capabilities to the maximum benefit of its citizens. Although there is no absolute poverty and the rural inhabitants (26 percent of the total population in 2016) enjoy better living conditions than under the monarchy, an estimated 40 percent of Iranians continue to live below the unofficial poverty line. This is especially jarring in light of the abundance of natural resources (oil and gas), as well as the trained manpower, with which Iran is endowed.

The Islamic Republic has nevertheless achieved a level of defensive capability that provides some protection against vulnerability to foreign aggression. It has nurtured a military doctrine and regional security architecture that has equipped it to make an outside force's attack on it costly for its perpetrator. This objective forms the heart of Tehran's deterrence strategy. It has also acquired an ability to engage in a forward defensive policy, involving offensive actions for defensive objectives, but only occasionally and on a limited scale when special and compelling circumstances arise. The Republic's direct military involvement in Syria revealed that its offensive capabilities were not of a quality and extent to enable it to save the Bashar al-Assad's regime alone. Had it not been for Russian intervention and Tehran's tactical alliance with Moscow from October 2015, the Islamic Republic could have easily lost the central plank of its regional security architecture.

The Islamic regime's persistent fear of an outside aggressor and its direct military involvement in Syria and Iraq, and proxy actions elsewhere, have contributed to making threat and counter-threat, as well as mutual distrust, the defining patterns in the Islamic Republic's international relations. The memory of foreign interventions and the hostility of the international community have instilled in the ruling cluster a siege mentality and sense of paranoia. Indeed, the regime's internal and external defensive measures have aimed primarily to guard against the threat of history repeating itself in another foreign-backed coup or military intervention, similar to the one in 1953. Its regional policy adventures—either directly or indirectly—have been in pursuit of an iron-clad resistance to political dissent at home and impenetrable national security and foreign policy posture.

Rouhani has sought to elevate the regime out of this predicament by attempting a series of ijtihadi economic reforms and, in conjunction with sensible foreign policy actions, expanding Iran's business and trade relations, and attempting to attract foreign investment. As well as his drive to tackle widespread state corruption and to bring transparency to state operations, since his reelection he has made a concerted effort to curb the excesses of the IRGC and its associated bonyads. He has considered the special treatment of these forces and their substantial share in the economy and foreign policy and security operations as suppressing private sector development and causing public discontent.

However, it is worth remembering that Rouhani is a product of the system and has reached the position of the presidency through its ranks. He and his inner circle of supporters are therefore as committed as their conservative counterparts to maintaining the fundamentals of the Islamic system of governance. They strongly believe that the system contains sufficient liberal and participatory elements to make it highly suitable for Iran's unique conditions. They consider Iran's Islamic government capable of sustaining the country's regional position and sectarian networks and of fulfilling what Rouhani's reformist predecessor, Mohammad Khatami, called “Islamic democracy.” Rouhani has alluded to it in his remarks that democracy can take different forms, as one size does not fit all. As such, he is not equipped or, for that matter, apparently inclined to change the system structurally.

Any effort on the part of Rouhani to engage in changing the structure of the system can bring stiff resistance from an alliance of the conservative forces, or osul-garayan (principlists), which operates in opposition to the islah-garayan (reformists), with which the president is closely identified. Every time Rouhani has taken a step that his opponents have found to be contrary to their interests, they have used different and often indirect methods to stonewall it.

A prominent example is the conservatives' roadblocking of Rouhani's efforts to secure the release of political prisoners, which had been a significant promise of his first presidential campaign. The prisoners have included, most importantly, the two 2009 reformist presidential candidates, Hussein Mossavi and Mehdi Karroubi, who have been under house arrest since 2011. Given the opposition by the conservative judiciary and security apparatus to this action, Rouhani has found it expedient over time to become largely silent on the issue. In August 2017, after six years of around-the-clock surveillance in his own home by a dozen guards and cameras, Karroubi, then aged seventy-nine, went on a hunger strike, demanding a public trial and the removal of the guards and cameras. Fearing the public unrest that Karroubi's death could cause, the authorities removed the guards and cameras but only promised to “endeavor” to realize his request for a public trial. Khatami, who is now viewed as the most popular leader of the reformist camp and who has backed Rouhani in his two presidential elections, has meanwhile remained subject to a media and foreign travel ban. Rouhani has only been able to mention his name respectfully in public on one occasion, in a speech on March 6, 2017.

The conservatives' tactics have also included the occasional arrest of a prominent figure from the reformist camp or a Westerner, especially a US citizen, the targeting of reformist publications, and conducting missile testing at strategically sensitive and opportune moments in order to undermine Rouhani's attempt to strengthen his power base and improve relations with the United States. A recent example of this was the arrest and jailing of Rouhani's brother, Hussein Fereidoun, in mid-July 2017, on charges of what the judiciary called “financial crimes.” Hussein, a senior presidential aide, had played a key role in the nuclear negotiations resulting in the July 2015 JCPOA. At about the same time, a Chinese-American citizen and doctoral candidate from Princeton University, Xiyue Wang, was sentenced to ten years' imprisonment for spying, although his university claimed that Mr. Wang was merely in Iran researching modern Eurasian history. The US government condemned the charges as fabrications and demanded Wang's immediate release. Although Hussein was released on bail shortly after his arrest, Wang remains in prison at the time of writing.

First, they show the continued tight hold of the conservative forces on the system and their ability to rein in the reformists whenever desirable.

Second, they display the conservative camp's willingness to allow only those reforms that are necessary for regime survival and national security but that do not harm their political and economic interests and concomitant foreign policy objectives.

Third, they illustrate that the growing rift between the conservative and reformist factions, which reflects the continuous tension within the two tiers of the Islamic system of governance, is very real and that it has widened rather than diminished with time.

Having said this, it must also be noted that Rouhani's emphasis on anti-extremism and reform and his success in ending the nuclear-related sanctions, have generated more political moderation and foreign policy openness than Khatami managed to accomplish. This, together with some relaxation of social controls, which has allowed the youth to enjoy some freedoms in terms of political discussion and lifestyle within the limits set by the regime, has revived the humanist and constructive aspects of the Islamic regime's profile bequeathed by Khomeini's ijtihadi legacy. Undoubtedly, Rouhani's slow progress with reforms has caused frustration, especially among many young Iranians, who form the potentially most restless and concerned body of the population. But at the same time, there seems to be a broad awareness among them that they are better off under the reformist camp than under the conservative, militantly isolationist opponents. Meanwhile, the conservative factions have learned from experience that the best way to maintain the Islamic system is to engage in reinventive politics in the conduct of national affairs from time to time.

Excerpted, with permission, from Iran Rising: The Survival and Future of the Islamic Republic, by Amin Saikal. © 2018 by Princeton University Press. All rights reserved.