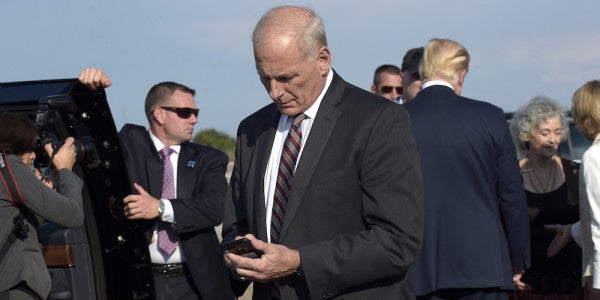 But why can’t DARPA or another agency whip up a specially designed secure smartphone like the one President Obama used to enjoy? Engineering a completely secure device like the spy-proof “blackphone” proposed by former Navy SEAL Mike Janke in March 2015 is a deeply flawed proposition. A 2009 DoD effort to engineer an encrypted mobile device cost more than $36 million over five years; according to Larson, “by the time it was ready for use, the carriers had upgraded to 4G networks with which it was incompatible.” Not that compatibility would matter: An Army Capabilities Integration Center white paper published in 2016 found that not only do existing Pentagon policy and security constraints make developing a next-generation military smartphone cost prohibitive, but, in the case of the Army, would require “a radical change in how and the Army protect its information from one of protecting the network to a philosophy” — a change the DoD simply doesn’t seem poised to embrace on a large scale.