Mexico Averaged 4 Murders An Hour In May, Its Highest Recorded Homicide Rate Ever

The steady increase in deadly violence that Mexico has experienced over the past three years continued in May when 2,890... 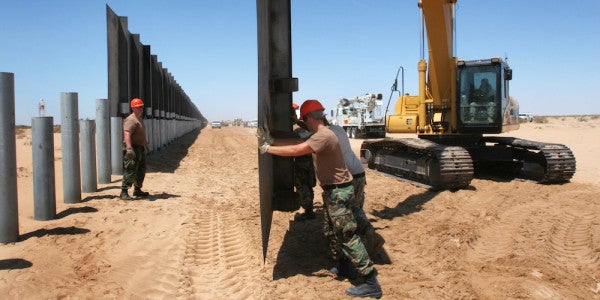 The steady increase in deadly violence that Mexico has experienced over the past three years continued in May when 2,890 people were killed — an average of 93 a day, or almost four victims an hour.

There were also 2,530 homicide cases opened in May. Cases can contain more than one victim, and May's total was the most in a month this year and the most on record. The daily average of 93.2 homicide cases was also an increase over April when it was 90.7 cases a day.

Deadly violence in Mexico has steadily increased since 2015, after declining during the first two full years of President Enrique Peña Nieto's term, which started in December 2012.

The homicide rate between January and May this year was 9.17 cases per 100,000 people, a 75% increase over the 5.25 cases during the same period in 2015, according to Mexican news site Animal Politico.

“We are nearing a level of 100 homicides a day in the country, and with an upward trend, we still don't see a break,” Mexican security analyst Alejandro Hope said on Thursday on radio show Atando Cabos.

In March, Peña Nieto reached 104,583 officially reported homicide cases under his tenure, surpassing his predecessor, Felipe Calderon, who had 102,859 homicides during his six-year term. Calderon deployed the military around the country to combat organized crime, which many credit with driving violence in Mexico up.

Much of the increase since 2015 has been attributed to organized crime, especially in areas where organized-crime groups are clashing or where larger criminal groups have fragmented into smaller factions.

Such fragmentation often leads to more violence as smaller groups compete with each other. Those groups are also more likely to prey local populations, adding to insecurity.

Colima, one of Mexico's smallest states by population, is also its most violent, with a rate of 33.17 homicide cases per 100,000 people through May this year.

The state, located on the Pacific coast, is believed to be contested by elements of the Sinaloa and Jalisco New Generation cartels. The 298 homicide victims there during the first five months of 2018 were a slight increase over the 281 over the same period last year.

Baja California, which borders the U.S. in northwest Mexico, was also the most violent among Mexico's 32 states, with a homicide rate of 29.47 per 100,000 people. Much of that bloodshed has taken place in Tijuana, which borders San Diego.

Tijuana had 975 of the state's 1,218 homicide victims during the first five months of the year; the head of the rapid reaction police force in Rosarito, a town near Tijuana, was found slain in Tijuana on the morning of June 20.

Guerrero, one of Mexico's most violent states and home to one of the country's most violent cities in Acapulco, had a homicide rate of 26.65 through May, the third highest.

Chihuahua, another northern border state, had a rate of 17.16 homicides per 100,000 people, and the 801 homicide victims there between January and May were an increase over the 752 during the same period last year.

“Chihuahua caught my attention a lot in May. It's back in the top 5. Something also happened in Ciudad Juarez,” Hope said, referring to the state's major border city, which was the site of extreme drug-related violence between 2008 and 2012.

Related: The Big Reason Mexican Cartel Violence Is On The Rise, According To The Pentagon’s Top Intelligence Officer »

“Baja California is also already above the levels it had in 2007,” Hope added, referring to a period of heightened violence there a decade ago.

Growing violence around Mexico's most popular tourist areas has been a source of concern in recent months.

In Quintana Roo, home to Cancun and Playa del Carmen, the number of homicide victims increased from 100 during the first five months of 2017 to 252 over that period this year.

In Baja California Sur, where Los Cabos is located, the number of homicide victims declined from 247 through May last year to 119 during the first five months of 2018.

Other signs of growing insecurity were also evident in the crime data released this week.

Femicides, or killings that specifically target women, have consistently increased over the past three years. The 328 femicides recorded through May were over 100% more than the 153 over the same period in 2015.

Related: Deported To Mexico, US Veterans Are Pressed Into Service By Drug Cartels »

While reports of kidnapping and extortion were down slightly over the first five months of the year, there was a 22% increase in violent car thefts and a 39% increase in street-level drug dealing.

Homicide data for May was released 10 days before Mexicans vote in nationwide elections on July 1, in which 3,400 elected offices are up for grabs, including the presidency.

The increasing violence — which exists alongside and is often exacerbated by widespread corruption among law enforcement and rampant impunity for many crimes — has hung over the presidential campaign, even as the candidates have offered few specifics about how they would address it.