This story has been updated to reflect that Marine Corps Training and Education Command commander Maj. Gen. Kevin Iiams has,... 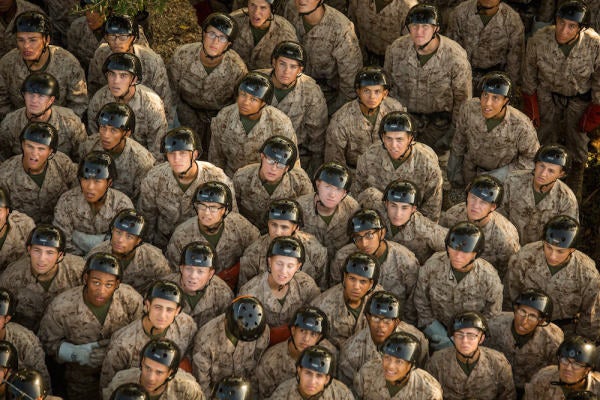 This story has been updated to reflect that Marine Corps Training and Education Command commander Maj. Gen. Kevin Iiams has, as the court-martial convening authority, the ability to adjust Joseph Felix’s sentence after reviewing the case.

The 10-year prison sentence a military court gave a former Marine Corps drill instructor convicted of abusing recruits and singling out Muslim trainees shocked some military law experts, one of whom fears it will have negative, unintended consequences on boot-camp operations.

“The message it sends is, ‘Anything but DI,’” Stephens, a Beaufort attorney who trained at Marine Corps Recruit Depot Parris Island in the 1990s and later served there as a Marine Corps prosecutor and defense counselor, said of the drill instructor role.

The DI job is at once a “B-billet” and “special duty assignment,” a role outside of an enlisted Marine’s normal military occupation that comes with a pay bump and is key to promotion. And it’s one Stephens fears won’t be as desirable following Felix’s sentence.

“The message is, ‘(Being a DI) is potentially a career-ender,’” Stephens said. “And if you’re not careful, it could leave you with a federal conviction and jail time.”

To be clear, Stephens doesn’t condone the acts the jury found Felix guilty of. Felix, who one former trainee called “nortorious,” ordered Muslim recruits Rekan Hawez and Ameer Bourmeche into commercial clothes dryers in July 2015 and slapped an ill Raheel Siddiqui in the face moments before his fatal fall in March 2016.

But Felix’s 10-year sentence, coupled with a dishonorable discharge, is rare, Stephens and others say. And while it remains to be seen how much prison time Felix will actually serve, it’s clear he’ll be behind bars for at least months — if not years — during lengthy approval and appeals processes.

Felix, who was also demoted to private and has to forfeit his pay, is still being held at Marine Corps Base Camp Lejuene, where his court-martial concluded last week, according to the Corps’ Training and Education Command.

In addition to targeting the three Muslim former recruits, Felix hit, kicked and choked more than a dozen other trainees and ordered still more to conduct unauthorized punishment exercises called “incentive training,” the jury found. He was also found to have been drunk and disorderly and to have lied to a Marine Corps investigator who began investigating allegations of recruit abuse toward the end of 2015.

But Felix is most infamous for making Bourmeche recant his faith during the clothes dryer incident, and for the altercation he had with Siddiqui, a 20-year-old, Taylor, Mich., native and Muslim-American of Pakistani descent, whose death and investigation thereof spawned a hazing probe at Parris Island. It became, arguably, the biggest recruit-abuse scandal since 1956, when six trainees drowned after being ordered on a punitive nighttime march into a marsh by then-Sgt. Matthew McKeon, who’d been drinking.

It could be months before the court-martial’s convening authority, Training and Education Command commander Maj. Gen. Kevin Iiams, reviews the trial, verdict and sentence. And Iiams does have the ability make adjustments to the sentence after his review is complete, according to TECOM spokesman Capt. Joshua Pena.

The nature of the sentence — prison time of at least a year and a punitive discharge — triggered an automatic appeal to the Navy-Marine Corps Court of Appeals, according to retired U.S. Navy Lt. Cmdr. Michael Hanzel, who was an active-duty military lawyer for 12 years before leaving the service in September. But Iiams has to sign off on the case first.

And there’s a second level of appeal — the U.S. Court of Appeals for the Armed Forces — where the case could go afterward.

Sometimes cases bounce between the two, Hanzel said, which lengthens the process.

Hanzel, now with his own firm in the Charleston area, was senior defense counsel for the Navy’s Defense Service Office Southeast and worked with Lt. Cmdr. Clay Bridges, Felix’s lead attorney.

“You don’t see a 10-year sentence with dishonorable discharge often,” said Hanzel, who attended portions of Felix’s trial. More notable was the fact that jury sentenced above and beyond government prosecutors’ requested seven-year sentence, he said.

“To (sentence) above (the prosecution’s request), that just doesn’t happen a lot,” Hanzel said. “It shows that the (jury) members were mad and wanted to send a message.”

Unless part or all of a conviction was overturned, Hanzel said, it’s rare for an appellate body to grant any relief of prison sentences.

“(It) makes me wonder if they didn’t sentence (Felix) for (Siddiqui’s) death,” Magee said. “And that’s just pure speculation, but it’s hard not to think that.”

Felix was not charged with Siddiqui’s death. And discussion of that death was limited at the trial, allowed only as it related to an obstruction charge — for which Felix was found not guilty — and the count of maltreatment that pertained to, among other things, the slapping of the former recruit.

If jurors sentenced Felix with Siddiqui’s death in mind, that would be unjust, Magee said. But, Magee said jurors could have also been sending a message that recruit abuse would not be tolerated.

Regardless, given the charges, which weren’t “hefty” compared to others in the Uniform Code of Military Justice, it was a heavy sentence, Magee said.

Magee said Felix will be credited with good conduct time — about two months for each year to be served — which will knock some time off his sentence. And Felix can also appeal to the Navy Clemency and Parole Board — which could reduce his sentence — while the appellate bodies consider his case.

Just before sentencing in his trial, after he’d given an un-sworn statement to the court, government prosecutors criticized Felix for failing to show remorse or take responsibility for the crimes he’d been convicted of.

Felix might have been trying to maintain a consistent narrative throughout the trial, since he pleaded not guilty to all charges, Magee and others said. And Felix could have been aware that appeals processes were likely forthcoming and didn’t want to undermine them.

Sometimes there’s strategy at play; other times there isn’t.

But as for the court’s sentence, Stephens said, in his opinion, jury members focused too much on sending a message.

Stephens worries it will dissuade Marines from applying to Parris Island’s and Marine Corps Recruit Depot San Diego’s Drill Instructor Schools. And if there’s a shortage of applicants, he said, the Corps might have to “draft” DIs.

“It might have been military justice run amok,” Stephens said.

“I think it also kind of reflects a political consciousness among the members,” he continued. “That the eyes of the world were watching what they were going to do.”