No Starfleet Academy Or Rifle Squads For Space Force

Beloved readers: Your trusted Pentagon correspondent apologizes for not sending out a Run-Down last week.There was a lot going on.... 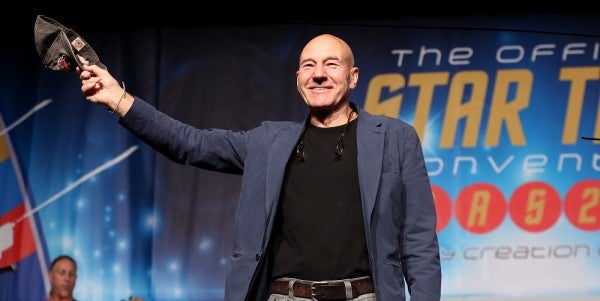 Beloved readers: Your trusted Pentagon correspondent apologizes for not sending out a Run-Down last week.There was a lot going on. In just four days, the Defense Department failed its first audit; a woman was selected for the Army’s Special Forces Qualification Course for the first time since 1981; and two Navy SEALs and two Marine Corps Special Operations Command Raiders were charged with murdering a Green Beret.

If news were cocaine, your humble reporter would have been face down in a mountain of the stuff by Friday evening,much like Al Pacino at the end of “Scarface.” (Don’t do drugs, kids.)

But your friend and humble narrator is back to address a question close to his heart: will the new Space Force look more like Star Trek or Starship Troopers? (For Battlestar Galactica fans who are feeling left out, feel free to send this reporter your staff college essay examining civil-military relations between President Roslin and Adm. Adama.)

At the direction of President Trump, the Pentagon is asking Congress to authorize Space Force as a sixth military branch. How much the new service will cost is up for debate. Air Force Secretary Heather Wilson has estimated that Space Force will cost at least $13 billion over five years, but Deputy Defense Secretary Patrick Shanahan said recently the price tag could be below $5 billion.

One factor that could affect the cost is whether Space Force has its own service academy. That’s why your friendly Pentagon correspondent recently asked Shanahan if he is in favor of creating a Defense Department “Starfleet Academy.”

“I don’t think we can afford one at this time,” Shanahan replied at a Nov. 15 news conference.

Ah, but the value of a Starfleet Academy cannot be limited to dollars and cents. All “Star Trek” fans know that space skippers need a place to learn valuable lessons, like what to do in a “no-win” scenario, such as rescuing a ship in the Neutral Zone or testifying before grandstanding lawmakers during a televised hearing about budget overruns.

Shouldn’t the first generation of Space Force commanders be the ideal combination of brains and brawn embodied by Captain Jean-Luc Picard, a man Marine Corps Commandant Robert Neller once praised for his leadership abilities? (Although, Picard’s celibate romance with his ship’s doctor might be construed as fraternization under the UCMJ).

Alas, it does not look like the Defense Department is interested in cultivating a cadre of Picards – at least not right now.

“There is no plan in our legislative proposal for a Starfleet Academy,” Army Lt. Col. Joseph Buccino, a spokesman for Shanahan, told Task & Purpose. “It actually would take a specific act of Congress to create a new service academy.”

That said, there’s always hope for the future. The Air Force became an independent military branch in 1947 but it did not open the Air Force Academy until 1954, said Todd Harrison of the Center for Strategic and International Studies in Washington, D.C. Harrison also pointed out that the Defense Department already has enough professional military education schools for Space Force.

If Space Force doesn’t opt for the “Star Trek” model, perhaps the late author Robert Heinlein offers a viable alternative. In his novel “Starship Troopers” – which, contrary to popular belief, does not include a unisex shower scene – all the senior leaders in the future military were originally enlisted infantry troopers who attended officer candidate school.

The reason for that is Heinlein’s military is essentially 100,000 grunts; everyone from chaplains to the top four-star general fights space bugs.

But at the moment we don’t appear to be moving in that direction. In fact, as this reporter pointed out to Shanahan during a recent conversation, Space Force is drawing personnel from every service except the Marines. Doesn’t Space Force need an infantry to seek out and destroy extraterrestrial life?

“Joe,” Shanahan replied as he pointed to Lt. Col. Buccino, “Will you take a note, so we can make sure that we bring that up at the next space governance meeting?”

Harrison was more direct: “The only need for riflemen in the Space Force would be to guard the door to the room where the vintage arcade games are stored, like Galaga and Asteroids.”

SEE ALSO: The Pentagon Refuses To Discuss How It Plans To Screw Up The New Space Force Uniforms