On August 20, 2018, Chinese fighters of the People’s Liberation Army Air Force (PLAAF) landed at Shagol Air Base in Chelyabinsk,... 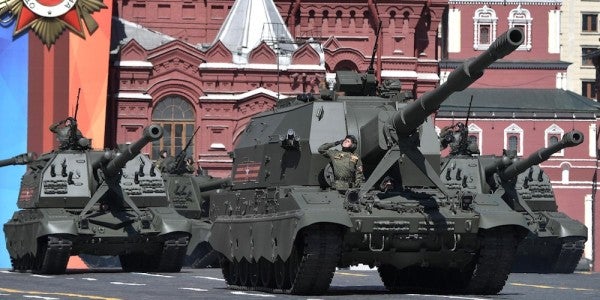 On August 20, 2018, Chinese fighters of the People’s Liberation Army Air Force (PLAAF) landed at Shagol Air Base in Chelyabinsk, Russia. They were coming to participate in the Shanghai Cooperation Organization (SCO) anti-terrorist exercise “Peace Mission-2018” that was supposed to be famous for being the first joint exercise between India and Pakistan. However, the SCO exercise faded into obscurity almost immediately as that same day Russia announced sixteen snap exercises across the Central and Eastern Military Districts (including Chelyabinsk) as a prologue to Vostok 2018.

The press release seemed a major diplomatic blow to China and its decision to send fighters because Vostok is an exercise traditionally intended to practice defense of the Russian Far East, presumptively from China . However, the very last sentence of Moscow’s announcement declared that the PLA, and old Soviet ally Mongolia, would be joining Russia. World news then (appropriately) pivoted to the story of vastly increasedChinese-Russian military cooperation as China was welcomed into Vostok 2018.

But the Russian military conquered the news cycle anew as the size of Vostok 2018 was revealed. For instance, it Moscow stated from the start that it would be the largest Russian exercise since the legendary Soviet Zapad-81. On August 24, Krasnaya Zvezda (the Russian equivalent to Stars and Stripes) claimed that 262,000 Russians were involved in the snap exercises of that week. The following Tuesday (28 August), Russian Defense Minister Sergei Shoigu officially announced that Vostok 2018 would involve about 300,000 servicemen. After the 2017 furor over the size of Zapad for which the Russians declared a conveniently low number that was just under Vienna Document limitations, Vostok appeared to be going to the impossibly high extreme: 300,000 servicemen would be one-third of the entire Russian Armed Forces.

Vostok 2018 was indeed large, but it seems as many tricks were used to inflate its numbers as were used to deflate those of Zapad 2017. For a start, the Russian Northern Fleet typically conducts its summer exercises at about the same time as its annual strategic-operational exercise (Zapad, Vostok, Tsentr, and Kavkaz), but this has always been officially treated as a distinct event. This year, however, the Northern Fleet sent its summer contingent east across the Northern Sea Route to formally participate in Vostok 2018 in the Bering Sea and the Sea of Okhotsk. This is a significant event in its own right, but it offers an unprecedented accounting boon for the Russian bean counters.

Reconstructing exactly how many Russians did participate in the Vostok 2018 maneuvers is challenging to do with exclusively open sources, but can be attempted. Using the Russian Ministry of Defense (MoD) press releases of the various components of the events within Vostok, about fifty distinct activities were outlined. These hardly represent all the activities of the exercise, but highlight the aspects the Russian MoD wanted the public to know. Taking the Ground Forces and Airborne Forces numbers at face value and assuming that all listed participating ships had fully-manned crews and that each aircraft had a total flight crew of twenty-five (based on this recent exercise figure), the MoD figures suggest an overall participation of:

This gives a total figure of only 61,745 soldiers. The Navy figures are almost certainly a bit low considering the shore duty sailors and officers coordinating their activities. The other service figures likely exclude command staffs overseeing the exercise as well. Still, a generous inflation would boost the number only to 75,000.

Using this methodology for the very opaque official figures from last year’s Zapad-2017 exercise (during which no official Ground Forces numbers were divulged whatsoever) only yields 3,027 servicemen, conveniently just under the official claim of 5,500 Russian soldiers involved. This would officially suggest that the MoD figures are only about half of the actual story, which might theoretically boost the Vostok numbers up to 150,000. However, the number 3,027 suggests that only 2,473 servicemen comprise the entire 1st Guards Tank Army contingent deployed within both Russia and Belarus in 2017, itself an unlikely figure considering the large number of activities the army carried out over the course of that exercise.

An exercise 75,000-strong is nothing to sneeze at—even the 61,745 figure still makes this the biggest event of the past year by a significant margin for the Russian military. However, this is an extremely far cry from 300,000, raising questions about why the Russians would make such a claim. Most likely, Russia is merely trying to claim strength in the Far East to ensure stability on that front as unrest continues on its western and southern borders. This would also explain Russia's decision to welcome China into its major eastern defense exercise.

Nevertheless, grounding its strategic stability in the Far East and Asia-Pacific on such inflated figures, even if the exercise somehow did number 150,000, raises questions of just how much Russian strategy relies upon misdirection.

analysis
China
How The Other Half Fights
military exercises
military tech