The SEALs can learn a lot from the Marines about honesty

Unlike the SEALs, the Marines understand that hiding bad news does not make it go away. 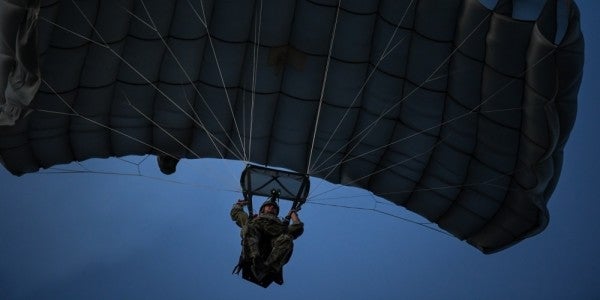 When U.S. Special Operations Command announced on Wednesday that a SEAL platoon was being sent home early from Iraq because their commander has lost confidence in them, U.S. military officials did not mention that one of the SEALs had been accused of sexually assaulting a female service member. That was first revealed by New York Times reporter David Phillips about 24 hours later.

San Diego-based attorney Jeremiah Sullivan confirmed to Task & Purpose that he represents a member of Foxtrot Platoon SEAL Team 7 who is being investigated for sexually assault but has not been charged.

In contrast: The Marine Corps issued a detailed news release on Thursday about 16 Marines at Camp Pendleton, California, who were arrested on allegations of taking part in human smuggling. 1st Marine Division spokeswoman Maj. Kendra Motz also immediately knocked down a false rumor that the division had held a bogus awards ceremony so that NCIS could nab the Marines.

Bravo Zulu to the Marines for providing timely and accurate information. They understand that hiding bad news does not make it go away and letting the facts come out in drips and drabs undermines your credibility.

The SEALs and the entire special operations community have much to learn from how the Marine Corps got in front of this story. Some defense officials initially told reporters that the SEALs had been sent home for drinking alcohol, but Phillips first reported the SEALs’ commanders lost confidence in them after the entire platoon refused to talk to investigators about the both the sexual assault and drinking allegations.

The officials’ failure to disclose the sexual assault investigation gives the impression that they were trying to obscure the real reason why the SEALs were kicked out of Iraq.

A spokesman for U.S. Special Operations Command said it is unfair to compare how the Marines and SEALs responded because the two situations are totally different.

News of the SEAL platoon being removed from the war-zone is just another black eye for the Navy special warfare community, which is reeling from a series of scandals involving cocaine use, murder, and other alleged crimes.

This reporter understands that SEALs and other special operators live and fight in the shadows, so it is natural for them to want to provide as little information as possible to reporters and the general public.

But it is also clear that SEALs feel the rules don’t apply to them. The platoon that was sent home early reportedly came from the same team as Navy SEAL Chief Eddie Gallagher, who was recently acquitted of murdering a wounded ISIS fighter but found guilty of posing with the fighter’s corpse.

Members of Gallagher’s platoon have revealed they regularly drank alcohol while deployed. During Gallagher’s court-martial, jurors were shown a picture of the SEALs drinking at a bar they had built at their compound with their assistant platoon leader serving as the DJ.

In a separate case, a Navy SEAL and Marine Raider have both acknowledged they had been drinking alcohol before taking part in the June 2017 hazing death of Special Forces Staff Sgt. Logan Melgar, but both Navy Chief Special Warfare Operator Adam Matthews and Marine Staff Sgt. Kevin Maxwell Jr. did not blame alcohol for their actions.

The Marine Corps’ approach to the recent news out of Camp Pendleton shows that being open builds trust with the American public. Trust is exactly what the SEALs need a lot more of right now, and the best way to restore it is by looking to the other sea service’s example.