Sophie Pinkham's op-ed comes at a bad time for journalists in the US. The fact that readers may believe she is a staff writer for the New York Times will give ammunition to elected officials who want to deport journalists to Soviet-style labor camps. 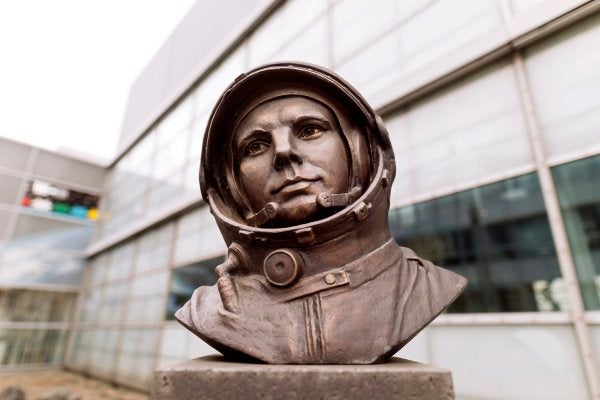 “Cosmonaut diversity was key for the Soviet message to the rest of the globe: Under socialism, a person of even the humblest origins could make it all the way up,” wrote Sophie Pinkham just in time for the 50th anniversary of the Apollo 11 moon landing.

As investigative journalist Michael Weiss aptly tweeted on Thursday: “The gulag was also a cornucopia of ethnic and racial diversity. Who signs off on this shit at the Times?”

“When NASA was created in 1958, you had to be a military test pilot to become an astronaut, and it did take decades for the astronaut corps and other areas of the agency to truly be reflective of America's diversity,” Sean Potter told Task & Purpose. “Following the Apollo-era we saw more of an emphasis on science, medicine, and engineering in the astronaut selection process, and that opened new doors. The 1978 astronaut class and the space shuttle brought in the diversity we didn't see in the space program of the 1960s.”

Your intrepid correspondent has also angered communists by making fun of former Lt. Spenser Rapone, the Che Guevara wannabe who was kicked out of the Army after posting pictures of himself espousing socialism while in his West Point uniform and tweeting that then Defense Secretary James Mattis was the “the most evil, vile f**k” in the Trump administration.

The U-2 At The Edge Of Space

Russia May Have A New Space Weapon