The 5 Biggest Threats Facing The US Military, A Year Into Trump’s Presidency

Welcome to THREAT WEEK, a series exploring the most complex challenges facing the U.S. military at home and abroad —... 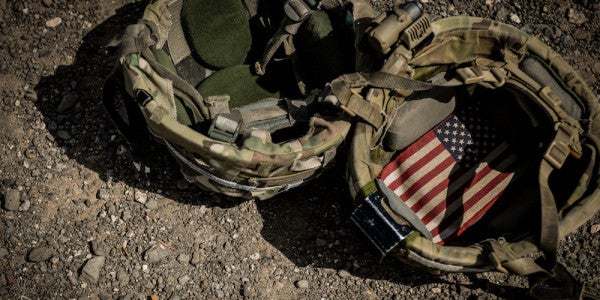 Welcome to THREAT WEEK, a series exploring the most complex challenges facing the U.S. military at home and abroad — and at least one wrinkle you probably haven’t considered — through the eyes of experts we trust to distinguish signal from noise. We'll be running a new assessment every day leading up to President Trump's first State of the Union on Jan. 30.

President Donald Trump’s first National Security Strategy document, released by the administration in the closing weeks of 2017, is a straightforward approach to national defense. The document boils down to four basic pillars: “protecting the American people and preserving our way of life, promoting our prosperity, preserving peace through strength, and advancing American influence in the world.” It’s those pillars that the president will likely embrace once again during his first State of the Union address to both houses of Congress on Jan. 30.

While these may be relatively simple goals, the threats they’re meant to mitigate are anything but. On top of regular threats from terrorists and rogue states, the United States is contending with “great power competition” from the likes of Russia and China. And the immediate strategic objectives — annihilating the threat of Islamic extremism, protecting against weapons of mass destruction, “keeping America safe in the cyber era,” strengthening the border, and taking down transnational criminal organizations — will require the U.S. military to retain “the combination of capabilities in sufficient scale to prevent enemy success and to ensure that America’s sons and daughters will never be in a fair fight.”

These obstacles aren’t just foes that can be wiped off the map, but broad, structural challenges that bear down from all sides. Rapid technological advancements by foreign adversaries, the changing nature of modern warfare, and the rising threat of non-state actors have created a security situation where “the homeland is no longer a sanctuary,” as the National Defense Strategy puts it — all while the DoD’s ability to keep American citizens safe faces domestic challenges, from eroding readiness to Congress’s perpetual budget drama.

Making America Great Again, at home and abroad, is going to be one hell of a fight — and after a turbulent 2017, there are some seriously complicated challenges ahead for the Pentagon to consider as it barrels into another year of ongoing war. And while everyone with cable news and an internet connection can pretend to be a would-be natsec pro, most of the solutions for America’s biggest problems are percolating in the brainpans in a handful of subject matter experts.

To that end, Task & Purpose reached out to consult some of the smartest thinkers on national security we know (and trust) on some of the biggest issues facing the United States in 2018, and we’re publishing their analysis (with a hint of our own) everyday this week in the run-up to President Trump’s first State of the Union address on Jan. 30.