The authors of a new defense spending conference report ran a victory lap last week to tout the billions of... 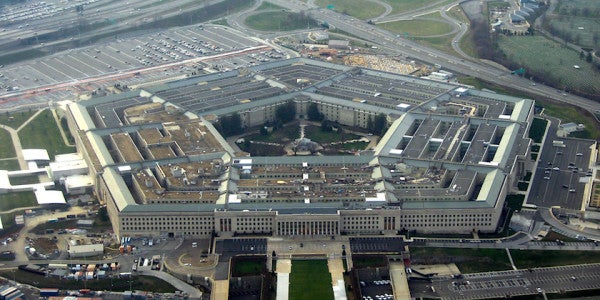 The authors of a new defense spending conference report ran a victory lap last week to tout the billions of dollars they added to the U.S. military budget, but they hardly mentioned the cuts they had to make to pull that off.

Members generally prefer to tout the “winners” in their bills, not so much the “losers.” That habit can obscure the hard work appropriators and their staffs do to wring savings out of the Pentagon and intelligence agency budgets, even when the total funding is an epic $674.4 billion, as it will be in fiscal 2019.

At the same time, the astonishing amounts of money cut from individual defense programs — often enough to run entire agencies elsewhere in the government — highlight the sheer amount of fat in the Pentagon budget.

The explanations for these cuts in the appropriations funding tables are typically as vague as the amounts are large. Often the only reason given for what in some cases are cuts nearing a half billion dollars each — and adding up to multiple billions of dollars — is little more than a few words, such as “historical unobligated balances” or “revised estimate.”

On such barely explained decisions, historic weapons buildups are made.

One of the biggest movements of money in this year’s final Defense bill came as a result of the Pentagon massively overestimating, for the second fiscal year in a row, how much its new retirement system would cost.

After overstating how much money it would need from Congress for the program in fiscal 2018 by more than a half-billion dollars, the Defense Department again overstated its needs for fiscal 2019 — this time by $732 million, the conferees’ joint explanatory statement said. That was good news, though, in that the money freed up as a result was used to help defray $750 million in higher than expected fuel costs, the report showed.

Other budgetary maneuvers involved nearly as much money.

The Defense Health Program, for example, had $597 million taken away in one single line. The reason? “Fiscal 2018 decrease not properly accounted.”

Likewise, the Army’s military personnel account was reduced by a stunning $575 million in one line only explained by “revised estimate.”

The Army personnel account lost $492 million in another line with only this note: “Historical unobligation” — an apparent reflection of appropriators’ view that the Army does not typically spend money quite as fast as it predicts. Each of the services lost sums totaling in the scores of millions of dollars for this same stated reason.

Another big subtraction came in a Navy aircraft program. The service lost $206 million that had been slated to buy C-40A airlift aircraft, which ferry people and supplies to the fleet, because, appropriators wrote, “Requirement funded in fiscal 2018.”

The Coast Guard, which is part of the Department of Homeland Security, often receives a small portion of its funding in the Defense bill, including in several lines of the fiscal 2019 measure. Appropriators have looked to the Defense bill in recent years to fund a Coast Guard icebreaker ship, for instance.

But when it came to one request for $165 million in Navy operations and maintenance funds to be used for “Coast Guard Support,” the conferees said no.

“Coast Guard funded in Homeland Security bill,” it said in the table.

Even spare parts can get expensive, especially when they are apparently not needed. The conference report took $133 million from the Air Force KC-46 tanker program for parts that were deemed “excess.”

Sometimes contract savings can create cash for appropriators to move elsewhere. That was the case with $200 million subtracted from the Navy unmanned carrier aviation program, apparently because it was so efficient.

Contract delays, too, can produce money, as funds in those cases cannot be spent as rapidly as planned. Hence $30 million taken from the UH-1N Huey helicopter replacement program in the Air Force.

It is not just U.S. military services that see their requests cut back, for better or worse. Afghan security forces got nearly $5 billion in this measure. But appropriators took away fully $280 million in one fell swoop in one line that came with only this rationale: “undistributed reduction.”