Lawmakers And Veterans To The VA: Shut Up And Pay Up

The VA has a message for veterans: We will absolutely make you whole again. “Each and every post-9/11 GI Bill... 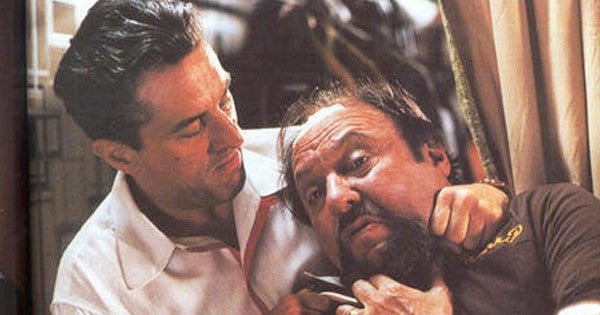 The VA has a message for veterans: We will absolutely make you whole again.

“Each and every post-9/11 GI Bill beneficiary will be made 100 percent whole – retroactively if need be – for their housing benefits for this academic year based on Forever GI Bill rates, not on post-9/11 GI Bill rates,” Veterans Affairs Secretary Robert Wilkie said in a statement on Thursday, following sharp questions from lawmakers regarding late payments to veterans on everything from college tuition to housing payments.

On Wednesday, NBC News reported, citing two House Veterans Affairs Committee aides, that “it would not reimburse those veterans who were paid less than they were owed” due to delayed or inaccurate GI Bill disbursements that arose from the VA's new computer system — a statement that appeared to renege on the VA's promise to furnish thousands of vets with the money they deserve.

“Although VA has encountered issues with implementing the Forever GI Bill on Congress’ timeline, we will work with lawmakers to ensure that – once VA is in a position to process education claims in accordance with the new law – each and every beneficiary will receive retroactively the exact benefits to which they are entitled under that law,” Wilkie said.

Indeed, the VA had announced an interim solution to the faulty processing of GI Bill benefits on Wednesday morning, hours before the NBC News report sent a ripple of anger through the veterans community, stipulating that it would delay the implementation of the Forever GI Bill and “correct retroactively any underpayments” in housing allowances for veterans while it worked to fix the technology implementation issues that have plagued the system for months.

So far, however, lawmakers and veterans organizations are less than confident that the VA's stopgap won't actually require its own stopgap down the line.

“For the past 11 months, VA has continually failed to deliver a functioning IT system that can process housing payments as dictated by the law,” said Rep. Tim Walz, Democrat from Minnesota and ranking member on HVAC, in a statement. “The changes VA announced today, however, raise more concerns than confidence that student veterans will be taken care of anytime soon.”

“If this process and the reoccurring technical failures at the VA have taught us anything, it’s that the underlying issues causing these delays – IT failures – must be addressed and fixed for any contractor to successfully implement these provisions,” Takano said in a statement. “If this is not done, I am skeptical that the VA will be able to meet the new deadline they put in place.”

“Shifting the implementation deadline a year isn’t a free pass for the VA to arbitrarily pay student veterans less than they are due simply because it was unable to correct internal problems in time,” VFW National Commander B.J. Lawrence said in a statement.

This lack of faith isn't unwarranted. The last time Wilkie signed his name to call for confidence in the VA, it was in a galling Nov. 16 op-ed in USA Today claiming that the Trump administration has kept its promises when it comes to America's veterans.

“Until Trump, no candidate in history had made serving our veterans the centerpiece of a presidential campaign,” he wrote. “In office, Trump has kept his promise, improving the lives of America’s veterans through a number of key initiatives that enact more reform across the organization than at any other time in decades.”