In 1966, William Shatner made history by performing in a movie that was done entirely in Esperanto. 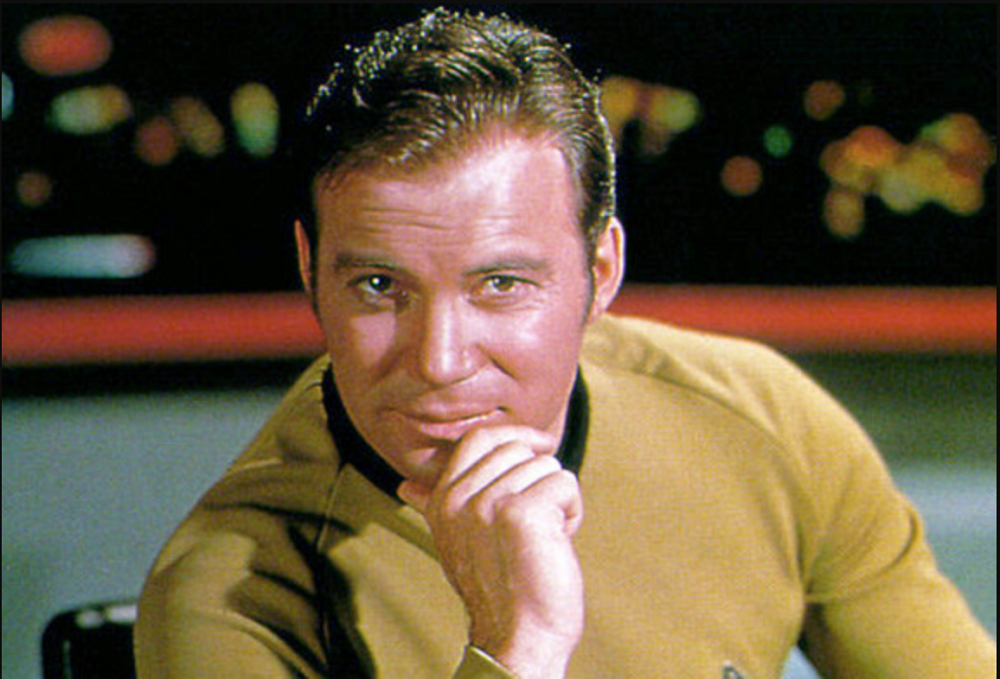 William Shatner, an actor perhaps best known for his unbelievable rendition of “Rocket Man,” is calling for the Space Force to adopt Navy ranks in the grand tradition of science fiction.

Shatner played Capt. James Tiberius Kirk in the original Star Trek series and the only Star Trek movies that are worth a damn. In the Star Trek universe, Shatner is Elvis – or Cardi B for you millennials who have no concept of life before 1992.

In a commentary published in Military Times, Shatner points out that the commanding officers in classic science fiction movies and television shows have all been called “captain.” (In the Navy, a ship’s commanding officer is referred to as “captain” even if he or she is lower-ranking, such as commander.)

Fictional characters who have held ranks in the other military branches have not fared so well, argued Shatner, who cited Air Force Maj. Anthony Nelson in “I Dream of Jeannie” and Luftwaffe Col. Wilhelm Klink of “Hogan’s Heroes.” Shatner failed to mention Col. Saul Tigh in “Battlestar Galactica,” who accurately depicted a ship’s executive officer as the disciplinarian whom the crew despises.

“'Star Trek' has borrowed so much of its iconic rank symbols from the U.S. military and NASA,” Shatner wrote. “When you unveiled the Space Force logo, many immediately saw it as an homage to ‘Star Trek’ (even though our Delta was an homage to the previous military space insignias). Why not borrow back from ‘Star Trek’ and adopt our ranks as well?”

Shatner pointed out that “Star Trek” creator Gene Roddenberry decided to assign his fictional characters Navy ranks even though had served in the U.S. Army Air Forces during World War II.

Not to be outdone by our frenemies at Military Times, Task & Purpose asked Shatner what prompted him to weigh in on such an esoteric issue.

“I got involved out of a sense of fun and duty,” Shatner replied. “The fun is poking a stick at authority and the duty is that Space officers should really be named after the Navy. People expected it.”

Great minds think alike, as they say, because former Navy SEAL Dan Crenshaw, who is currently a Republican Congressman from Texas, has sired an amendment to the National Defense Authorization Act that would require the Space Force to adopt the Navy’s rank and structure.

If the amendment becomes law, the Space Force will presumably not want to import other aspects of the Navy’s brand including:

Fans of Task & Purpose know this is not the first time that Star Trek and the military have embraced. Former Marine Corps Commandant Gen. David Neller expressed his admiration for “Star Trek: The Next Generation” in 2018, and the show’s star Patrick Stewart said the affection was mutual.

“Just now watching an interview with Marine Corps Commandant Gen. Robert B. Neller and hearing him praise TNG, a very satisfied smile lit up this Captain's face,” Stewart told Task & Purpose in April 2018. “He said that for him TNG was about leadership above anything. I took that very personally as, if anyone knows about leadership, it has to be him.”

Related: No Starfleet Academy Or Rifle Squads For Space Force