The rescue of 12 boys and their soccer coach from a cave in Thailand was, by any measure, an extraordinary … Continued 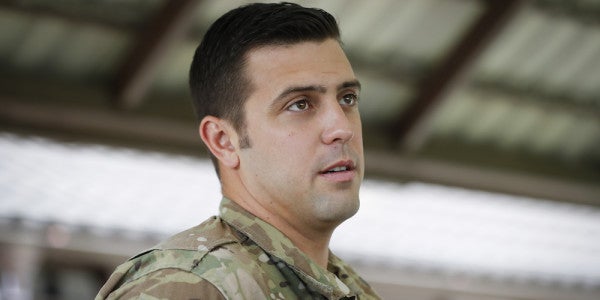 The rescue of 12 boys and their soccer coach from a cave in Thailand was, by any measure, an extraordinary feat. The weeks-long operation involved the expertise of local law enforcement and military specialists, including the vaunted Thai navy SEALs who led the rescue operation, as well as hundreds of doctors, specialists, and volunteers from around the world. There are heroes here, and they are magnificent.

Among those heroes is 32-year-old U.S. Air Force Master Sgt. Derek Anderson, one of the dozens of U.S service members from the 353rd Special Operations Group and the 31st Rescue Squadron dispatched from their stations in Okinawa, Japan, to assist with the rescue operations.

Anderson described his participation in the “once in a lifetime” rescue operation in an interview with the Associated Press:

The entire prospect of the rescue must have been terrifying for those kids. As Business Insider reported on July 8, each boy had to traverse some 2.5 miles outfitted with oxygen tanks and tethered to the seasoned divers; even though just over half a mile of the trip was underwater, the children wore tanks and, in Anderson's telling, full-face positive-pressure masks that were “really crucial” in keeping oxygen flowing, even if the boys panicked underwater.

“We were extremely fortunate that the outcome was the way it was,” Anderson said. “It's important to realize how complex and how many pieces of this puzzle had to come together… If you lose your cool in an environment like that, there is a lot of bad repercussions.”