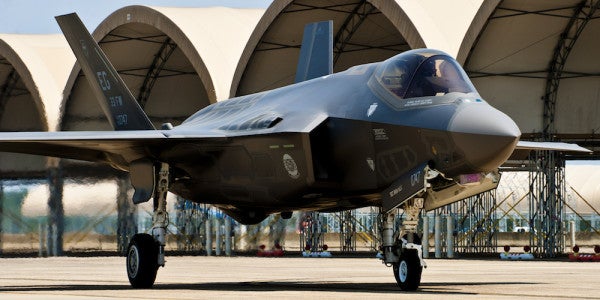 Two airmen servicing an F-35 Lightning II at Eglin Air Force Base in Florida were indirectly struck by lightning while working on the flight line on Wednesday evening, Air Force officials told Military.com.