Just over a year after announcing a much-needed update to the 15-year-old Advanced Combat Helmet, the Army is testing out... 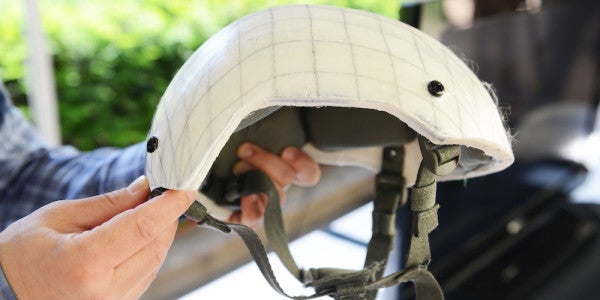 Just over a year after announcing a much-needed update to the 15-year-old Advanced Combat Helmet, the Army is testing out an even stronger and lighter combat helmet that officials claim offers rifle protection comparable to current ballistics options at a 40% reduction in weight

Look, the NSRDEC combat helmet prototype probably won't keep your brain safe when it comes to your next Carl Gustaf party, but it still beats the hell out of any tacticool facemask you can score on the Internet.

UPDATE: This article previously characterized the Natick Soldier Research, Development and Engineering Center prototype helmet as the most recent iteration of the ACH Gen II rather than a distinct project. We regret the error. (Updated 6/13/2018 4:10 pm EST)