A B-1 Lancer made an emergency landing after experiencing an in-flight incident on June 1, less than one week before... 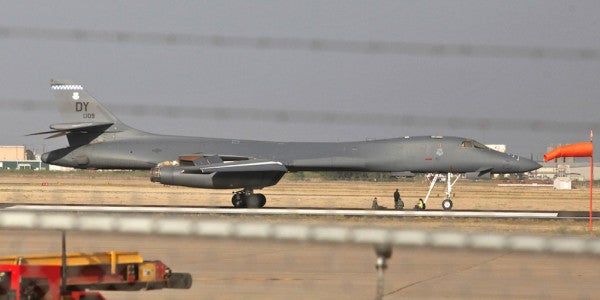 A B-1 Lancer made an emergency landing after experiencing an in-flight incident on June 1, less than one week before the Air Force ordered a stand-down of its entire fleet, a spokesman for Air Force Global Strike Command confirmed to Air Force Times on Monday.

Anyway, Air Force Times first reported on the new B-1B incident on the same day that an Air Force F-15C Eagle crashed off the coast of Okinawa, Japan, leaving the pilot in serious condition. America's aviation crisis is only going to get worse before it gets better.