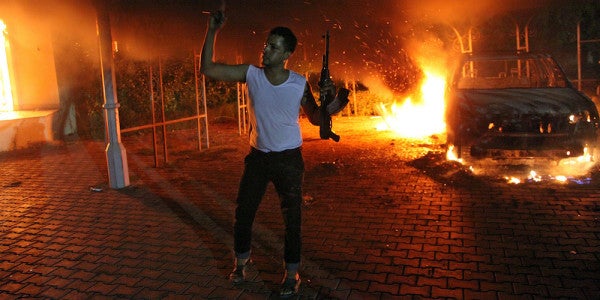 A Libyan national was sentenced Wednesday to 22 years in prison for his role in the 2012 terrorist attack on the U.S. diplomatic mission in Benghazi, Libya, that killed the U.S. ambassador and three other Americans.

In the end, the jury found him guilty of four charges, including providing support to terrorists, destroying property and a weapons charge.