Months after reports of “rats rotting on a reservoir gate, a desiccated frog clinging to a reservoir ladder and another rodent … Continued 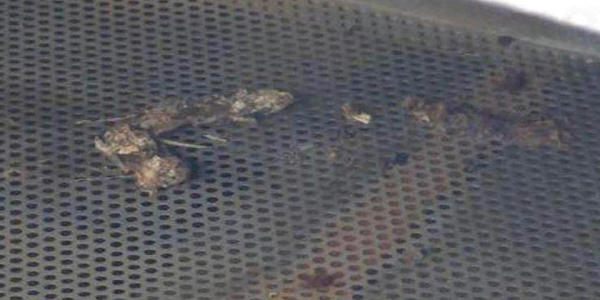 Months after reports of “rats rotting on a reservoir gate, a desiccated frog clinging to a reservoir ladder and another rodent carcass” in the drinking water at California’s Camp Pendleton scared the living bejesus out of Marines, Corps officials insist that the base's water supply is officially feces-free.

For what it's worth, “aging infrastructure” should be just as concerning as the dead rodents and brown buoys in the Camp Pendleton water system. Keep in mind that it took nearly four years to get the residents of Flint, Michigan, clean drinking water after evidence of lead poisoning first came to light — and state regulators won't be able to fully replace lead pipes across the state until 2040. But lead is better than shit, I guess!