Paul Manafort, the ex-Trump campaign manager known for his love of ostrich coats and his connection to a 2006 attack on … Continued 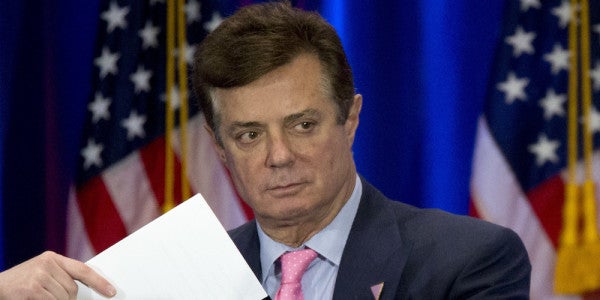 Paul Manafort, the ex-Trump campaign manager known for his love of ostrich coats and his connection to a 2006 attack on U.S. Marines, pushed to install a well-connected banker as the Secretary of the Army, according to testimony by his former aide and protege.

Calk was never formally considered for the Secretary of Army position, so any efforts on Manafort's part to us his Trump connections to curry favors with financial institutions didn't really work (in this case, at least). But given the apparent prevalence of “shadow” organizations that exercise decision-making throughout the Trump administration — the VA, for example — the report is especially troubling.

But, hey, at least this time nobody was shot at.