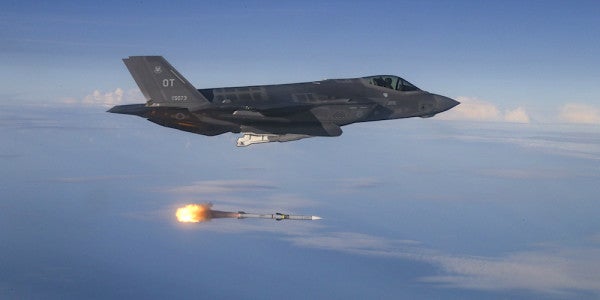 An F-35 Joint Strike Fighter was photographed slumped on the tarmac at Eglin Air Force Base on Wednesday after its front nose landing gear “collapsed,” Air Force officials announced. The episode is yet the latest black eye for the ultra-expensive and ultra-defective aircraft.

In May, a Military Times investigation revealed that both the number of military aviation mishaps and the number of personnel killed have surged to a six-year high. This photograph probably won't help calm the nerves of future F-35 pilots.