The Green Beret unit captured firing on a civilian truck in Afghanistan in a viral YouTube video last January and... 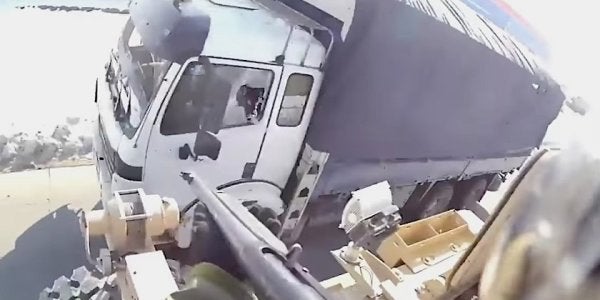 The Green Beret unit captured firing on a civilian truck in Afghanistan in a viral YouTube video last January and found in compliance with the rules of engagement by a subsequent investigation had a reputation for “horribly poor judgment” during a deployment where leaders “let soldiers drink alcohol and have sex in violation of military rules,” according to a report obtained by Stars and Stripes.

While the team's commander claims that the shot captured in the YouTube video “may have been the only way to get the driver’s attention,” the NCO — a 10-year veteran of Operational Detachment Alpha teams, per Stars and Stripes — is alleging these violations are part of a larger pattern of recklessness. How this discontinuity played out amid the decision by Army officials to not charge the individuals involved remains to be seen.