Legendary FDNY Capt. John Vigiano, during a life of faith and service, earned a spot in the hereafter with his... 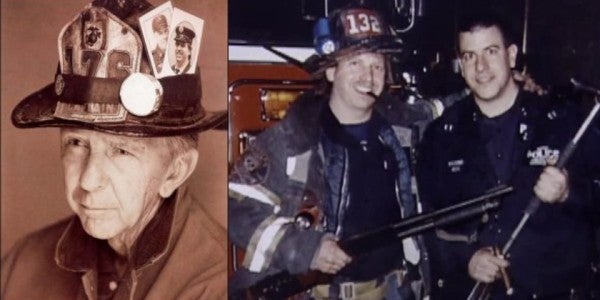 Legendary FDNY Capt. John Vigiano, during a life of faith and service, earned a spot in the hereafter with his sons and the saints.

The 79-year-old Vigiano was praised Saturday as a man of devotion to the FDNY and the gospel at a jam-packed Long Island funeral where his grandchildren recounted his impact on their lives after the deaths of their dads on 9/11.

“A Marine, a fireman, a hero,” said his granddaughter Nicolette Vigiano of her granddad. “He was all those things, but to me he was also grandpa. He had more than anything a love for life, a love for people, and a love for his family.”

Delendick recalled that Vigiano, while not a perfect man, lived by a code of values that made him a special individual.

“Saints aren’t people who are necessarily canonized,” the monsignor said. “Saints are people who live their lives in the service of the Lord. John did that.”