Dozens of volunteers from across western Illinois spent their holiday weekend scrubbing swastikas from more than 200 headstones across the Sunset... 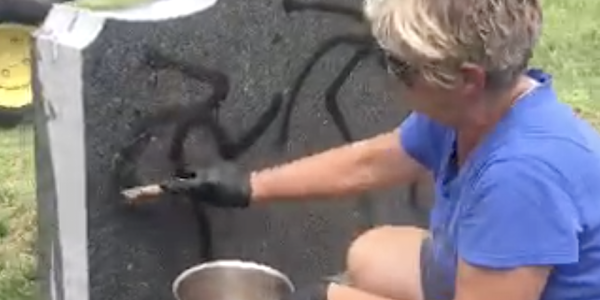 Dozens of volunteers from across western Illinois spent their holiday weekend scrubbing swastikas from more than 200 headstones across the Sunset Hill Memorial Estates Cemetery in Glen Carbon, Illinois, ahead of the community's annual celebration of fallen service members, the New York Times reports.

While the suspect will likely incur crimes related to the vandalism, Glen Carbon Police Lt. Wayne White told the New York Times they “expect” country prosecutors to hit him with hate crime charges as well: “The fact that he did this on Memorial Day weekend is inexcusable and disgusting behavior that we’re not going to tolerate.”