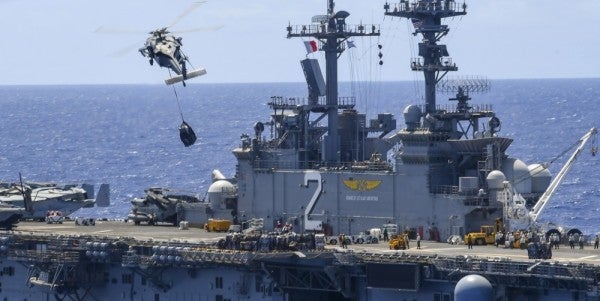 Search and rescue efforts are ongoing for a Marine who fell overboard near the Philippines while embarked on the amphibious assault ship Essex with the 13th Marine Expeditionary Unit, Corps officials announced on Friday.