In the worst reboot of The Hunt For Red October we’ve ever heard, Russia has lost a secretive nuclear-powered cruise... 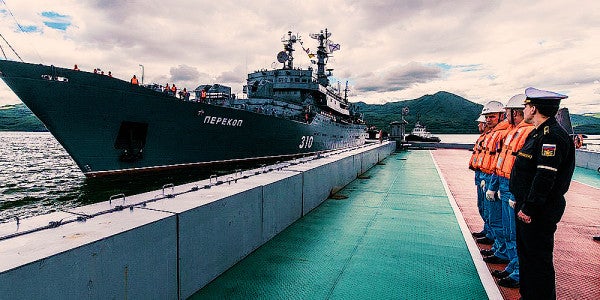 In the worst reboot of The Hunt For Red October we’ve ever heard, Russia has lost a secretive nuclear-powered cruise missile at sea during a failed test in the last several months, CNBC reports.

Obviously, the cruise missile could cause an environmental catastrophe if the reactor is breached. But besides the stupidity of losing a bunch of nuclear material in the middle of the open ocean, the incident reveals the short-sighted nature of a nuclear-powered cruise missiles at all: they cause environmental devastation, they’re horribly expensive, and decommissioning them is virtual nightmare. It makes little sense for Russia to even test the damn things since the Ministry of Defense has such an effective nuclear deterrent in place already.

Frankly, a nuclear-powered cruise missile is a 1950s wet dream that goes against all logic in a world with hundreds of ICBMs tipped with multiple independently-targetable reentry vehicles, all of which can kill a city. Maybe we don’t need to nuke the whales, too?

bullet points
cruise missile
How The Other Half Fights
news
Nuclear