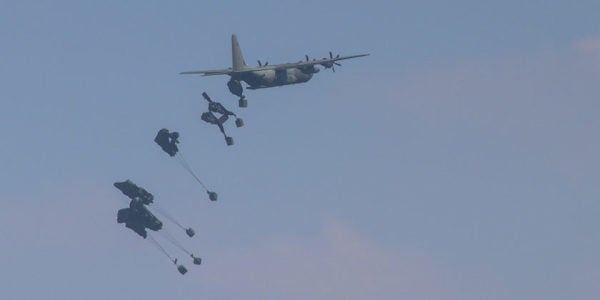 The 173rd Airborne soldier charged with the spectacular destruction of three Humvees that plummeted from a C-130 Hercules during a 2016 training exercise in Germany in just been found guilty at court-martial of intentionally causing the mishap, the Army announced on Wednesday.