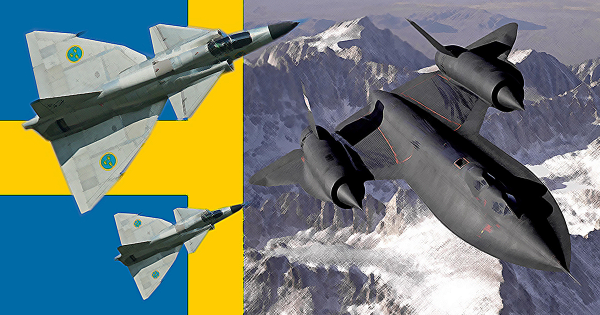 The U.S. Air Force has awarded Air Medals to four Swedish air force pilots in recognition of their decisive actions during a once-classified encounter with a crippled SR-71 Blackbird during the waning years of the Cold War.

SEE ALSO: An Air Force Pilot Describes What It’s Like To Fly The Legendary SR-71 Blackbird At Mach 3

aircraft
History
How The Other Half Fights
military tech
news