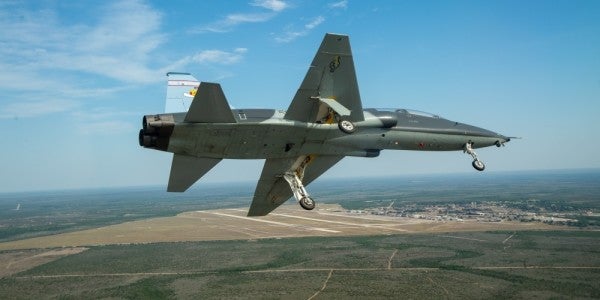 One pilot was killed and another injured on Tuesday when a T-38C Talon crashed after taking off from Laughlin Air Force Base, Texas, according to a statement on the installation’s Facebook page.