U.S. Pacific Command has dispatched 36 service members from Okinawa to Thailand to assist with efforts to rescue 12 boys … Continued 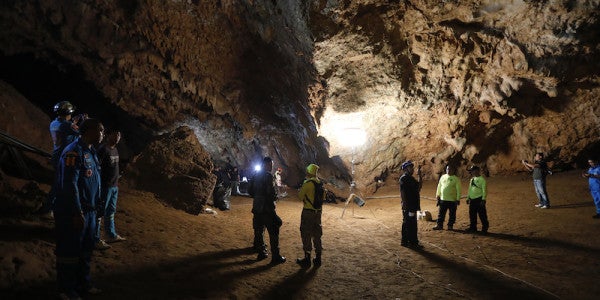 U.S. Pacific Command has dispatched 36 service members from Okinawa to Thailand to assist with efforts to rescue 12 boys from a Thai soccer team and their coach, who have been trapped in a cave complex since June 23, a Pentagon spokesman told Task & Purpose.

“The American people join Thais in celebrating the dramatic discovery of the soccer team and their coach in Tham Luang Cave,” said U.S. Ambassador to Thailand Glyn T. Davies in a statement. “We will continue to support Thai authorities in their relentless efforts to bring the 12 players and their coach safely out of the cave and reunite them with their families.”