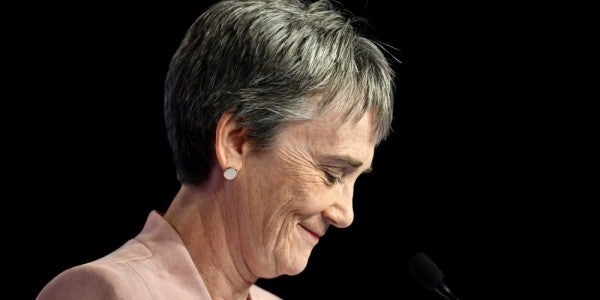 President Trump is considering replacing Air Force Secretary Heather Wilson after next month’s midterm elections because he does not feel she is moving quickly enough to establish a Space Force as an independent military branch, Foreign Policy reported on Thursday.

UPDATE: This story was updated at 8:45 a.m. on Oct. 5 to include a statement from Pentagon Chief Spokesperson Dana White.