The full transcript of a video shown to Congress about the Niger ambush that killed four soldiers last October makes... 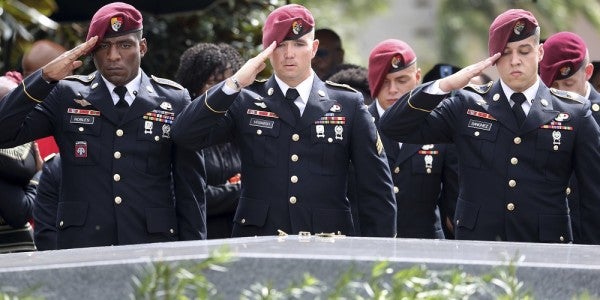 The full transcript of a video shown to Congress about the Niger ambush that killed four soldiers last October makes it clear that ISIS came close to massacring the other 38 U.S. and Nigerien troops that day.

The entire video, which runs more than 20 minutes, was shown to members of Congress ahead of the Pentagon’s May 10 news conference about the findings of an investigation into the Oct. 4, 2017, ambush near Tongo Tongo. Reporters saw a truncated 10-minute version of the video ahead of the briefing, and the transcript was distributed to reporters Thursday on CD-ROMs.