The USS Blue Ridge — the oldest deployable warship in the U.S. Navy and the apparent epicenter of the Fat Leonard scandal … Continued 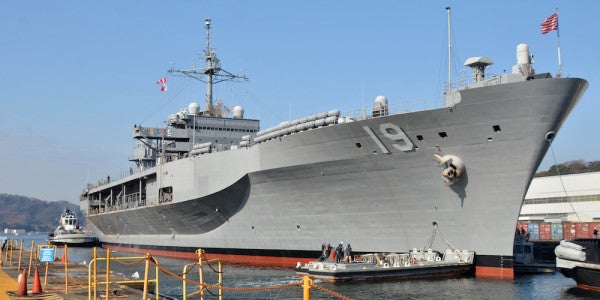 The USS Blue Ridge — the oldest deployable warship in the U.S. Navy and the apparent epicenter of the Fat Leonard scandal that's roiled the service — is preparing to hit the high seas this summer after almost two years of extended maintenance and upkeep, Stars and Stripes reports.

We wish Capt. Cozier well in his efforts to keep the Blue Ridge both operational and reliable over the next two decades in light of the scandal, as do plenty of other T&P readers who expressed dismay over the initial Washington Post report back in January. But let's be real, it's not like we'll ever know if he makes headway or not: As of May 2, the Navy will no longer publically disclose the names of commanders removed from their posts for misconduct, Fat Leonard-related or otherwise. Hooray transparency!