The Navy’s Brand New Supercarrier Has (Yet Another) Major Problem 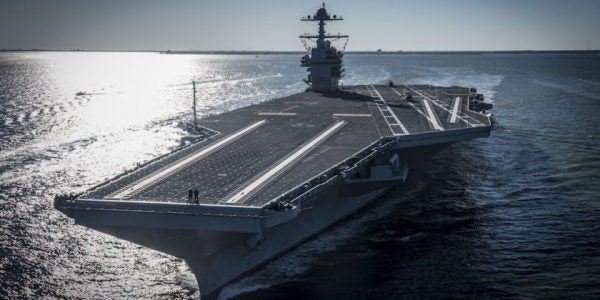 Brand-new Navy aircraft carrier and floating catastrophe USS Gerald R. Ford was forced to return to Naval Station Norfolk in Virginia after encountering issues with its propulsion train, Navy Times reports — the second critical failure in the propulsion system to roil the next-generation supercarrier, after a previously undisclosed failure was initially discovered months ago.

Hint to #media: All new US #Navy ships go back in the shipyard some months after being commissioned for planned work – it's part of the process. It may sound silly at first take, but that's the way it works – and it actually does make sense. https://t.co/ySxmVPRf1e pic.twitter.com/PTeyBpw8Q3

Aircraft carriers: They're just like us! By which I mean broken and expensive. Are you reading this, boss? I need a raise and some vacation. Thanks.