As the U.S. looks to extricate itself from the anti-ISIS campaigns in Iraq and Syria, the Pentagon is getting bogged... 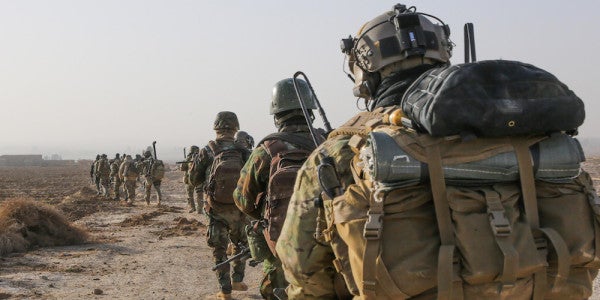 As the U.S. looks to extricate itself from the anti-ISIS campaigns in Iraq and Syria, the Pentagon is getting bogged down elsewhere: Green Berets have been quietly slipping over the border from Saudi Arabia into Yemen to neutralize “caches of ballistic missiles and launch sites” used by Yemen's Houthi rebels to attack Saudi cities, the New York Times reports.

While the latest letter from President Donald Trump justifying U.S. military activities abroad, sent to Congress in December 2017, explicitly states that the DoD personnel deployed to Yemen are there “to conduct operations against al-Qa’ida [Al Qaeda] in the Arabian Peninsula (AQAP) and ISIS,” it only mentioned that the U.S. has “continued to provide logistics and other support to regional forces combatting the Houthi insurgency” there. We'll see how that plays out…