3 Military Behaviors That Don’t Work In The Civilian Workplace

Most of us can thank the military for instilling some valuable behaviors in us. For me, it’s always being on... 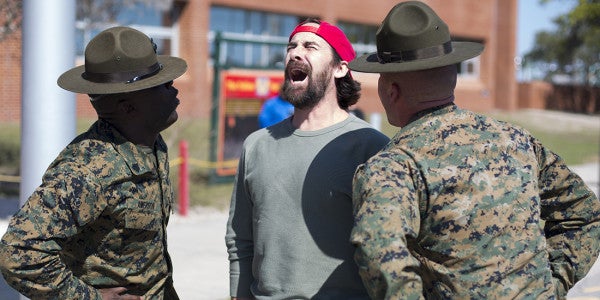 Most of us can thank the military for instilling some valuable behaviors in us. For me, it’s always being on time and cleaning up after myself (and, often, others) to improve the proverbial foxhole. The military also ingrained habits in me like backwards planning and keeping accountability of coworkers. While many of the things we learned are invaluable, some behaviors won’t help you get ahead in the civilian world.

Take these, for example:

1. Calling people out on mistakes and being blunt

For many, this can be one of the hardest traits to change. If you were used to plain speaking and telling it like it is, the art of diplomacy will take some time and some serious effort. Most office environments aren’t used to confrontation. I can’t speak for everywhere, of course, but you’ll get further in your career by learning how to point out mistakes in non-threatening ways. You may have to deal with a certain level of passive-aggressive behavior as well.

While it’s certainly easier to speak the truth, in most cases, you’ll hurt feelings or create enemies. It’s simply due to different values and norms.

The advice for learning what works and doesn’t work in your office is relatively basic: Take time to observe and listen to your coworkers and boss. If you don’t see straightforwardness rewarded or used, you might need to soften your blunt tendencies.

This could be a chance to find a mentor, either within your workplace or outside of it. Interpersonal relationships are key to getting ahead; you’ll quickly undercut yourself if you scare your coworkers or make them resentful of your bluntness.

2. Being too much of a team player

In the Army, we had nicknames for those who hogged the limelight: Blue Falcon, for those who sold out their comrades, and Spotlight Ranger for the suck ups. When your reputation among your peers depends on you being a real team player and avoiding credit-taking, it shapes your workplace behavior.

Unfortunately, if you operate by those rules in most civilian workplaces, you’ll lose out on promotion and leadership opportunities. For the most part, you’ll need to be your own advocate. You don’t have a platoon sergeant or section leader to sing your praises. Most supervisors are less selfless than you find in the service.

It can be a sobering truth, but that doesn’t mean you have to brag or boast: It just means you should be honest when you played a key role in a project or accomplished a company goal. Let your boss know at your weekly or monthly one-on-one (and if you don’t have regular check-ins, request them!).

This is especially important if your company doesn’t solicit employee feedback prior to annual evaluations. If no one knew what you worked on or accomplished, how will your report reflect your effort? Always be proactive!

3. Talking to people in person instead of online

When I was in the Army, we were always warned against “leading through email.” We were advised to always communicate in person.

However, once I started working at a young organization in New York City, I learned that in-person communication wasn’t the norm. The coworker sitting next to me preferred online chat messaging rather than speaking out loud. My supervisor preferred emails to explain upcoming tasks. Digital communication takes priority at a company with remote workers, an open office layout, and a significant share of employees under 30.

Again, this won’t apply carte blanche across every industry, but it’s worth laying low your first few days or weeks at a new company to scope out the office norms.