3 Reasons To Consider Transitioning To The National Guard And Reserves

There are a lot of frustrated service members leaving the active force due to separation boards paying the peace dividend... 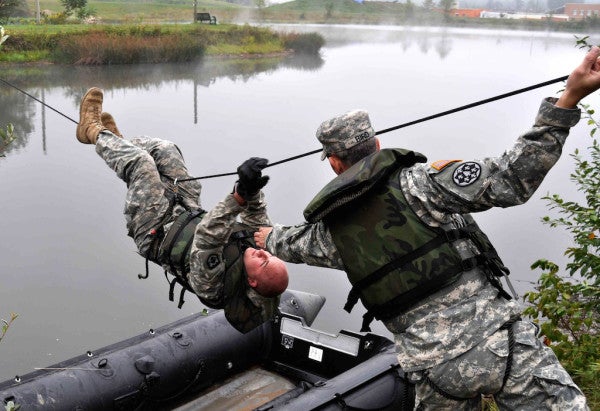 There are a lot of frustrated service members leaving the active force due to separation boards paying the peace dividend as we shrink across the board. However, there is hope for continued service, and maybe even redemption. Across the Army National Guard right now there is a great need for captains and majors, particularly combat-tested and experienced officers.

I left active duty in 2011 for many of the wrong reasons; thankfully, I made one wise choice by joining the Army National Guard. The Guard provided a comfortable home during my transition as well as continued mentorship and networking opportunities while I moved into the civilian environment. As an active-duty member, it is easy to have a misguided or tainted view of the Reserve component based on misconceptions of capability, performance, and general competence. I was among the worst reserve component “haters,” bashing the weekend warriors who could barely keep up with an active-duty optempo.

However, in the last three years, I’ve learned that the Guard is home to a wide range of professionals who contribute their own active-duty experience, incredible depth of deployment experience, and civilian backgrounds to the success of the organization.

Reserve units are natural hubs of innovation solutions. My low expectations for the unit I joined were blown away when I met a group of disciplined military professionals who balance multiple combat deployments with successful civilian careers and family lives.

Therefore, here are three reasons you should consider joining the Reserve component.

It is easy to leave the active force with a chip on your shoulder and the gates of post in the rear view mirror, but out in the embracing sunshine of the civilian world, we want you and can help you be a better civilian and military leader.