For anyone who’s walked through the dismal halls of their unit’s headquarters, you’ve likely been greeted by pseudo-motivational quotes or … Continued 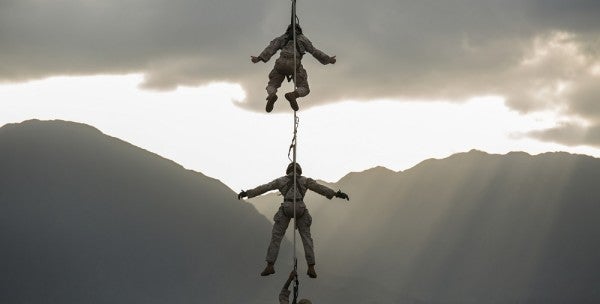 For anyone who’s walked through the dismal halls of their unit’s headquarters, you’ve likely been greeted by pseudo-motivational quotes or warned of the dangers of complacency. It kills, by the way.

However, for Army Special Forces veteran Scott Kinder, there’s actually a lesson to be learned from the Special Operations Forces truths.

Originally created by retired Army Col. John Collins in 1987, they were called “SOF Imperatives,” but in 2009 they were rebranded as SOF truths, though the core values never changed.

“It seems like nobody really pays them a whole lot of attention,” Kinder says, referring to the posters themselves. “But when you dive into them, they can literally can drive almost every aspect of your operational unit, or your civilian corporation, or your personal life even.”

Kinder is the chief executive officer of The Kinder Group, a consulting firm that uses the SOF truths when assessing their clients. A combat veteran who’s deployed to Iraq and Afghanistan, Kinder laid out how these principles can be applied to life outside of the military. Specifically to the private sector.

Related: Teamwork is the most important lesson you learn from the military »

“When you delve into them, they’re almost beautiful in their simplicity,” says Kinder. “I live my life according to the SOF truths, or I try to at least.”

Humans are more important than hardware.

“We think that a new computer or a new tech system is the most important thing in the field, but it’s the humans you’re surrounded with that will accomplish the task regardless of the gear and equipment you give them,” explains Kinder.

While the stringent selection process for special operations works to weed out the wrong people, the private sector doesn’t have the same safeguards. Most companies don’t have an intensive training regime that includes psychological evaluations and leadership tests for prospective candidates, so these values need to be cultivated in a different way.

Simply put, it comes down to taking the time to select the right people for the job.

“One poor person, or whatever poor quality that he or she possesses, spoils it for everybody else,” says Kinder.

Which leads into the second truth.

Quality is better than quantity.

You might be paying more for it, but Kinder stresses that the added cost for performance is worth it every time.

But, the thing about quality is that it’s a limited resource.

“When you try a cookie cutter approach, you get cookies, you don’t get the right thing,” quips Kinder. “If you try to have unique thinkers, by that very definition it cannot be mass produced. When you try to mass produce things, typically you eliminate the uniqueness right out of it.”

Realizing you’ve got the wrong gear, or the wrong guy on your team when you’re already in a bad situation is too late, Kinder says.

So, you need to think ahead.

“The word competent in the fourth truth is pretty telling,” says Kinder.

According to Kinder, this means that you need to be looking toward anticipated needs, or in military parlance, you need to prepare for the next war, not the last one.

“You just have to be proactive and not reactive, explains Kinder. “You’re always looking forward and learning lessons.”

“This is probably the most misunderstood of all the truths,” says Kinder.

“Ego comes into play quite a bit, and you get a lot of ego when you label something special or unconventional or different,” says Kinder. “So taking the ego out of play and saying, ‘Everybody stay true to what you can do.’”

In the private sector, Kinder says it comes down to putting the right people in the positions they're best suited for.

“Let your guys do that which they’re best and most capable of doing and have other people do the other stuff” says Kinder.