6 Mistakes You Might Not Realize You’re Making At Work 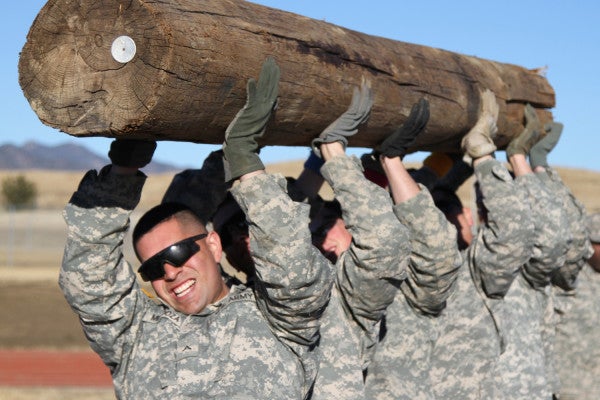 Sure, you could coast along at work, do the bare minimum, and maybe one day snag that promotion. But if you think the only way to mess up your chances of getting ahead is a big blowup with your boss or an office affair, think again. There are plenty of other subtle work behaviors that hinder us just as much. The scary part is that most people don’t even realize they’re making these mistakes.

At a certain point in our career, our ability to perform our job function at a high level is not in question, as Marshall Goldsmith writes in his best-selling book, “What Got You Here Won’t Get You There.” Instead, it’s the often-overlooked stuff that really holds us back — like simply getting along with other people.

After all, no matter how good you are at your job, it takes a village to make an organization work. And in order for you to get ahead, it’s critical that the village — your colleagues — like you. What most people are doing wrong, Goldsmith explains, doesn't have to do with success. Instead, the problem is that they don’t have any idea how their behavior is coming across to the people who matter: their bosses, colleagues, subordinates, customers, and clients.

Over time, our workplace quirks accumulate and chip away at the goodwill created by our value or contributions. And we become too heavy for any team to lift. Read on for six common slip-ups that could spoil your otherwise good standing at work.

Negativity repels. Sadly, it’s much easier to be a downer, or a “complainer,“ than to look on the bright side and be positive, or an “appreciator.“ Complainers always find something negative to say. (You’re already thinking of that one snippy person in the office, right?)

Appreciators, on the other hand, are quick to compliment a job well done, make other people feel comfortable, and won't spread rumors about that next round of layoffs. Studies show that having a positive attitude helps not only yourself, but also the entire company get ahead. People who focus on the positive at work have been shown to receive 25% higher performance ratings. And if managers frequently provide recognition and encouragement, employees are 31% more productive.

Remember, you can be an appreciator and still be real — it’s not about being “fake nice.” It’s about being respectful, mature, and professional — always. Even switching a comment like, “Ugh, I do not have time to go to this happy hour tonight!” to “Wow, I can tell Robin put a lot of effort into this event!” makes a big difference in how you are perceived.

2. You treat your workplace too casually.

Your colleagues are not family, no matter how much your company might throw that word around. You are there to provide financial value and receive a financial reward. It’s critical to act professional when you’re in a professional setting.

Raising your voice, sharing TMI about your weekend escapades, or getting emotional might be tolerated once in awhile, but these outbursts are always remembered and mostly frowned upon. If you feel heated or worked up about something, go outside for a quick coffee and call a friend or family member who helps center you. Then re-enter the office with a smile on your face like the professional you are.

When you’ve been successful at something — closing a deal, streamlining an old process, training a new hire — it’s natural to want to share your way of doing things. But especially as you climb the ladder, real leaders allow others to harness their own creativity and skills and to think for themselves.

Plus, good managers understand that their way is not the only way. People can look up to you for guidance and advice, yes, but next time someone approaches you with an issue or a question, instead of going into a monologue, ask, “What do you think is the best way to approach this?” And really listen. This approach leads to a much more collaborative, creative, and productive conversation. You might also get some great new ideas too! We learn nothing when we’re the only one talking.

4. You look down on managing up.

Managing up simply means maintaining a positive and healthy relationship with your boss. Our superiors are human beings just like us and don’t want to be left out just because of their title. When I first became a manager at a new job, I was really happy when my team asked me to join them for happy hour. I’d say yes whenever I could. Extend a casual social invite, even something as simple as “I’m going to grab a latte, want some air?” to your boss every once in a while. It can go a long way in relationship building, and relationships really matter at work.

And don’t worry about whether or not your boss says yes — your invitation is enough. If the complainers think you’re sucking up, let them. They’d do it too if they had the smarts. Hey, you might even be managing them next year.

Change is inevitable: From business mergers to new products to different management styles, the list goes on. In the online startup sector for example, acquisitions take place in the blink of an eye. A big Fortune 500 company acquired the last ad-tech startup I worked for, and not everyone was happy. Some people who didn’t want a corporate vibe left, but some complainers stayed and resented the new environment. Instead of seeing it as an opportunity, they only saw threat and uncertainty. And as a result they missed out on opportunity to better their career.

Life is a constant cycle of coming and going. There are no exceptions here. Rather than being skeptical about a new development at work, ask yourself, “How can I see this in a positive way?” And choose that.

6. You hoard all the credit.

There is nothing more sore and disruptive than when someone takes credit for a job well done. Don’t forget the village. The awesome thing about sharing your credit and publicly supporting others is that it comes back to you tenfold. Everyone remembers when someone gave him or her a shout-out or praised him or her in front of a superior.

It’s really amazing how far a simple “thank you” can go. But apparently, not a lot of of people are saying it: A recent survey found that only 10% of Americans said that they regularly showed their colleagues gratitude, although 81% of respondents said that they’d be willing to work harder if they felt more appreciated by their superiors.

Next time there is a team meeting or an email where a manager credits you with some success, say, “Thanks Sarah, it was really Adam and Joyce who made this happen — it wouldn’t have worked without their speedy problem-solving skills.” Adam and Joyce will want to hug you for it, and Sarah is very likely to see you as a leader like she is.

Remember that in work (and in life), we get what we give. If you can become aware of the energy you generate and help foster a calm, fun workspace, you’ll be in a much better position to be at the top of the list for that promotion. After all, the hard work — getting to your current job station — is done. Now, getting “there,” wherever “there” is for you, is waiting. And it can be much less of a labor than you think.

This article, “6 Mistakes You Might Not Realize You're Making at Work,” originally appeared on Greatist.