Editor’s Note: The following story highlights a veteran at PricewaterhouseCoopers. Committed to filling its ranks with talented members of the... 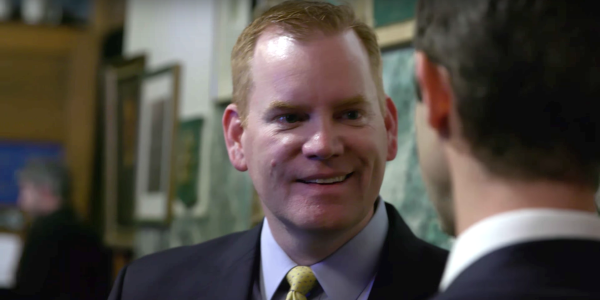 With more than 46,000 employees and 80 offices across the United States, PricewaterhouseCoopers isn’t exactly a small company. So to get noticed by the boss, you have to really stand out. That’s hard enough when you have years of corporate experience, but it can feel nearly impossible when the majority of your experience is in the military and not corporate America.

But PwC is working to make sure that their veteran employees have the same shot at advancement as their corporate counterparts through their Veterans Affinity Network. The VAN allows them to not only attract and hire the most-qualified veteran candidates, but to work with them to keep them in the PwC family throughout their careers.

Hirepurpose spoke with one of PwC’s veteran employees to find out what makes the Veterans Affinity Network so valuable and why other employers should develop their own version.

Michael Donoghue, 44, enlisted in the U.S. Army at 17 and spent 11 years in the military, finishing not only his high-school education during his time in the Army, but going to college as well.

Donoghue studied criminal justice in college, after having enlisted in the Army as a military police officer, but when he completed his military service in 2000, he felt “a little bit like a ping-pong ball,” unsure of what to do and bouncing around between jobs. He eventually found his way into consulting, working with domestic transportation security to develop a new management system, From there, he found his way to PricewaterhouseCooper, where he’s now worked for 14 years.

“As an employer, I'm PwC's biggest Fan,” Donoghue says of his job at PwC. “PwC has provided me so many opportunities and I've been able to leverage all of the skills I have learned while serving in the military to help me along the way.”

His love of the company, and his work, led him to help create the company’s Veterans Affinity Network.

“We started the VAN for the sole purpose of strengthening the individual,” he says. “We wanted to make it easier for vets to join and assimilate into PwC, and the network allows individuals to learn faster and catch up to their civilian counterparts who’ve been in the field for 10 or 15 years.”

Donoghue and the other vets who helped him start the VAN had the ability to help colleagues bridge the military-civilian divide because they’d already leapt that gap themselves. Now, they wanted to help others achieve what they had.

Already considered a top military-friendly employer, the Veterans Affinity Network helps PwC strengthen its relationship with the veterans community and has created a network of employees like Donoghue, who now go out and sing the company’s praises to friends, encouraging even more vets to apply for openings.

And for PwC, that’s a great thing. As Donoghue explained, “A vet comes in with key attributes: they’re team-oriented and work until the mission’s complete. There are no clock-watchers in the group. These are folks who solve problems.”

Once PwC hires a veteran, the new team member is assigned a mentor for the first six months of his or her career, and that mentor helps them transition into the civilian workforce and assimilate into the PwC culture.

Through the VAN, PwC has created programs for non-degreed professionals to help them advance, and they have education programs for employees so they can get their degrees while working at the firm.

“We’re looking for E-4s, E-5s,” Donoghue says. “We want to train them and keep them in the firm, so we give them a sort of emersion experience.”

And vets are “enthralled” with the opportunities PwC has created for them, according to Donoghue. There are now more than 1,500 veterans and military family members involved in the Veterans Affinity Network across the organization, with multiple chapters throughout the country so PwC employees can work with local members to help get them all spooled up for their new jobs.

“We want to stay ahead of how vets are being leveraged in the marketplace,” Donoghue adds of the company’s efforts. “The leadership veterans offer is invaluable at every level of the company.”