Change from the inside: How this Air Force vet is paving the way for veteran employees at Bayer 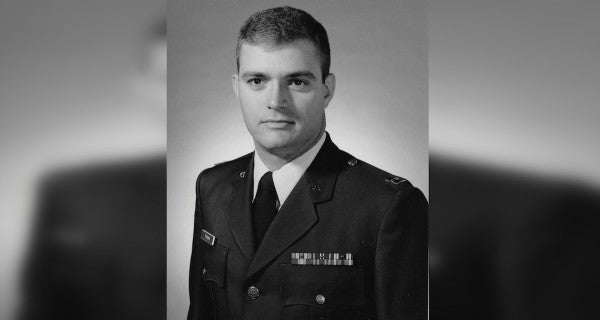 Editor's Note: The following story highlights a veteran at Bayer committed to including talented members of the military community in its workplace. Bayer is a client of Hirepurpose, a Task & Purpose sister company. Learn More.

When Rusty started college at The Citadel, he wasn't sure about entering the military after graduation. “I was required to take ROTC while I was in college, but I was not required to sign on for active duty service,” Rusty explained. Although it was not in his initial plan, by his Junior year Rusty was convinced that a military career was in his future. He signed a contract with the Air Force and, upon graduating from The Citadel, began his service as a second lieutenant.

Rusty enjoyed his time in the Air Force. “It was the people and the mission that made it all worth it,” he remembered. Rusty worked in Missile Operations, a career path encompassing everything from working as a Missile Launch Officer to training 70 crew members as the Senior Instructor Crew Commander, a Command Operations Evaluator and Project Officer.

His career was going well but with the end of the Cold War, the military needed to reduce the number of officers serving on Active Duty. “I was offered a deal to leave the Air Force for a payout,” explained Rusty. “I decided the time was right to move on to something else.”

As he prepared to get out, Rusty took advantage of the transition programs available through the military; he also hired a headhunter who specialized in working with junior military officers. Having majored in Biology in college, Rusty knew that a career in the Pharmaceutical industry could be a good fit. “I started preparing early,” he said. “I had a job lined up with Berlex Laboratories before I left the military.”

That move led to a long, distinguished career in the Pharmaceutical industry. Rusty worked for Berlex Laboratories for years before they were bought out by Bayer. “Berlex was a small company with a family feel,” explained Rusty. “When Bayer bought Berlex, that close, supportive culture came with the transition.” His 24-year long career has not been without setbacks; In 2014, Rusty lost his job due to a sales force reorganization. He went to work for another Pharmaceutical company for one year. “That year was difficult,” he said. “The culture was not the same; there was no community feel.” Thankfully for Rusty, in 2015 he had the chance to return to Bayer in his current role as Deputy Director, Sales Business Systems and Technology.

With his move back to Bayer, Rusty had the opportunity to start affecting change within his organization. “Bayer values veteran employees,” Rusty explained. “The company is serving vets every day through BRAVE, its Business Resource Group.” BRAVE, Bayer's Resource for Armed forces, Veterans/family, friends & Employees, has been instrumental in bringing about company-wide improvements. Rusty has been out front, leading the charge.

“I've been involved in BRAVE for the past five years,” he shared. “We are employees driving change to ensure our veterans and citizen soldiers (National Guard and Reserve employees) have the benefits that they need.” With nine chapters in the United States and 700 involved employees, BRAVE's influence is wide reaching.

Some of BRAVE's most impactful improvements include amending company policy to allow the family of military members to stay on the company health insurance plan during deployments, increasing the differential pay policy to make up the difference between military pay and company pay during a deployment for up to two years, an increased allotment of paid training time for Reserve and Guard employees, and a policy update allowing employees to continue their company paid life insurance coverage during deployments.

In addition to improving policy, BRAVE elevates veteran and military employees within the company and gives them a spotlight that they may not otherwise receive. “BRAVE sets Bayer apart in that it provides veterans a path for open communication to discuss opportunities, benefits, and career progression within the company.” BRAVE is a lifeline for military connected employees at Bayer; it bridges the gap between their service and civilian career.

Rusty is also acting to educate Bayer on the benefits of hiring veteran employees. “Military veterans are special people,” Rusty explained. “They are committed, reliable, hard-working, loyal, and dedicated to something bigger than themselves.” He knows that these qualities directly benefit the companies that employ veterans. He has worked hard to promote a hiring culture at Bayer that highlights veteran and military candidates.

“Companies need to be open minded about vigorously recruiting and hiring veterans,” said Rusty. “Similarly, veterans need to actively seek that out as well.” Rusty noticed that many veterans fall back on the “safe” jobs with Defense Contractors. He encourages veterans to think outside the box and stretch themselves when deciding where to apply for a job. Companies like Bayer may not initially come to mind but with some research, veterans can find a meaningful second career with a company that values them as veteran employees.

Rusty is committed to promoting Bayer's BRAVE program as a way to better serve veteran and military connected employees. He knows the unique talents of vets are an asset for Bayer and that by elevating them, it is mutually beneficial for both the company and the employees. Veterans can rest assured knowing that if they land at Bayer, they will have a strong advocate in their corner.