The Right and Wrong Ways To Get a Job

For one of the many hats I wear, I work as a counselor at a veteran employment center. There I … Continued 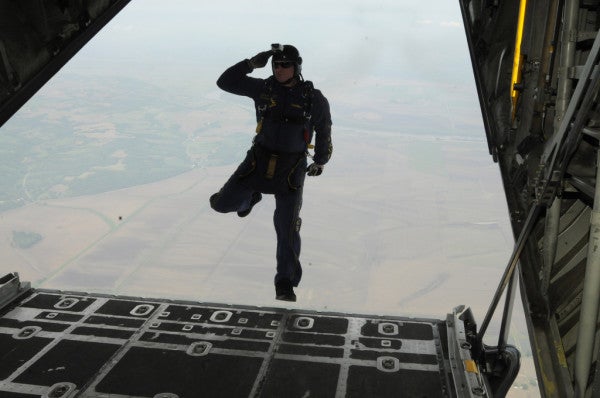 For one of the many hats I wear, I work as a counselor at a veteran employment center. There I attempt, with limited time, staff and monetary resources, to help veterans find jobs, with varying degrees of success.

But there are some common pratfalls that I've noticed. I made some of these mistakes when I first got out, and I've noticed them again and again, so I thought I'd share some “dos and don'ts” of your post-military job search.

Do: Narrow down your search.

A lot of vets I see have no clue what they want to do. They say things like “I'm flexible,” or “I'll do anything,” or “My favorite fruit is in the grapefruit family.” PICK A DAMN FRUIT.

If we have to go over the list of every job in existence, it is going to take awhile. More than that, you'll need to choose if you need a job, something to pay the bills and put food in your belly right now, or a career, something you can see yourself doing for years. Choose a path and walk it.

A guy who had struggled for a couple years to find work sent me a resume. He gave me a novel to read about how hard it's been and why it's been hard and how it wasn't fair. I open his resume and it has a creepy headshot of him at the top. For his name, he gave a nickname that was given to him when he dumped a bunch of ammunition on some insurgents in Mosul.

I'm not kidding. Instead of telling him to take the creepy out, they just didn't hire him.

Related: 9 military sayings that will get you laughed out of a job interview.

You need to let go of your military identity if you want to work in a professional environment. Very few hiring managers want to hire trained killers for their workplace, and you want to stay away from those places, anyway. And the photo was super weird. I've seen hundreds of resumes, and exactly 2 with photographs. Head shots are for actors, models and comedians; and those people are generally unemployable.

Do: Have realistic expectations.

You have some job experience, some skills, and strengths. But you're most likely not going to be CEO. Unless you're an officer. Officers are pretty much all qualified to be CEOs.

Kind of like the one above, but the opposite.

I specifically mean scheduling/time expectations. A lot of veterans are in college or have other priorities. If you're attitude is, “I'm available Tuesdays, but I have class at 1 pm, and I don't want to work too early or too late…” I hate to break it to you, but it's going to be hard to find a job. Put as much availability as you can make possible, and then some. Managers want you to work around their schedule, not the other way around.

Do: Get the help you need.

The job market is a competitive place, and if you've got undiagnosed mental and/or physical issues, you're not going to reach your full potential as a candidate. Also, don't be afraid to go to a veteran or community organizations for job placement, training, workshops, etc. It's normal to want to avoid being around military when you just got out of the military, but right now, you are completely clueless; don't make it worse by avoiding valuable people and resources.

Finding work is hard for many veterans, but you know what? It's hard for everyone else, too. Stay positive; hold yourself accountable; but don't get down on yourself. As veterans, sometimes we walk a fine line between personal responsibility and shaming ourselves. Don't be ashamed to fail a little bit. It's perfectly normal (now that you're a civilian). Also, employers don't want to hear it. They want to hear that you're ready to work.

All that said, as the cliché goes: finding employment is a full-time job. So, get to work!