A Fannie Mae Manager Explains Why He Hires Veterans: ‘I Want Change Agents’

Editor’s Note: The following story highlights a veteran who works at Fannie Mae. Committed to filling its ranks with talented... 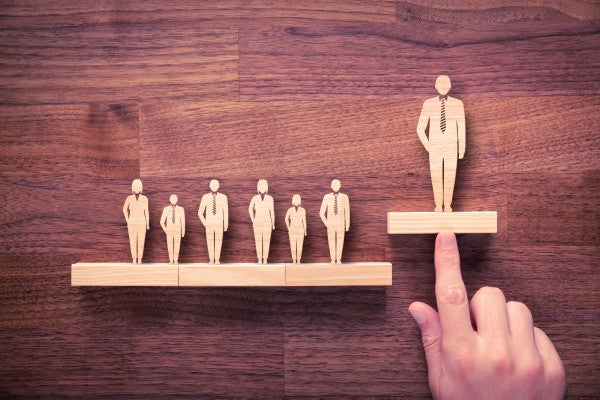 Editor’s Note: The following story highlights a veteran who works at Fannie Mae. Committed to filling its ranks with talented members of the military community, Fannie Mae is a Hirepurpose client. Learn more here.

As companies work to find new ways to attract veterans to join their ranks, Fannie Mae is relying on the same things they’ve always used to draw in qualified employees: their commitment to people and their ability to help those people achieve the American Dream. And veterans are responding.

Navy veteran Chuck Walker, 36, joined Fannie Mae 18 months ago, and now serves as the vice president of the company’s Way of Working deployment team, where he helps the company develop a lean management style and finds ways to help change how people lead.

And while Walker is a top executive now, he didn’t start out that way. “My transition out of the Navy was one of the hardest things I’ve done in my life,” he told Hirepurpose. “Like 99% of my counterparts, I didn’t really know what to do when I separated.”

After a childhood spent in south Louisiana, Walker got his start in the military by joining the Naval Academy; he then served as a submarine warfare officer from 2003 to 2011.

“The military was a real culture shock, and I thought about quitting, but I persisted,” he said. “It was an opportunity to expand my horizons, work with different people, and lead at a young age.”

When Walker left the Navy, he didn’t have a plan, and he admits that he originally “spammed” people in his quest to find a job. Eventually, though, he found that there should be a method to his madness, and he focused on talking to headhunters and people who’d been out a year or two who might be able to offer advice — or leads on jobs. “It was a rocky road, and very stressful,” he admits of his path from the military into the civilian workforce.

Visit Hirepurpose to see and apply for roles with Fannie Mae »

Eventually, Walker navigated his way into the corporate sector, and he discovered opportunities that allowed him to work with and for people, a passion he’d picked up while in the Navy. And, eventually, he found his way to Fannie Mae.

“I worked with Fannie Mae as a consultant, and it was a great group of people,” Walker said. “They’re always working to improve themselves and the company.”

That commitment to people, and to betterment of the company, made it a no-brainer when the chance arose to move to Fannie Mae full-time. “Fannie Mae is one of the most important financial institutions in the world,” he explained. “They enable the American Dream.”

And those same qualities are the things that are attracting more and more veterans to jobs with Fannie Mae. The company provides employees the kind of challenge they received in the military, while also demanding of them the same kind of commitment they gave to their previous jobs.

As much as vets are finding a home at Fannie Mae, the company is finding that they’ve attracted a set of employees who come in with a slew of desirable skills, many of which are hard for those who’ve only spent time in the corporate sector to develop as quickly as veterans do.

“Given the diversity of the veteran experience, they’ve worked with all sorts of people before coming into the workforce,” Walker explained. “It’s hard to find that from others who haven’t had that experience.”

“Obviously a lot of technical skills are only transferrable to similar technical roles, but the leadership skills you learn in the military are all transferable,” Walker added.

And leadership skills are exactly what Fannie Mae — and Walker himself — is looking for. “I’m hiring change agents,” Walker said. “I need people who can teach leaders how to lead and teach teams how to work together.” Things veterans are especially good at because of their experiences in the military, where the mission and the team were paramount. “We want to move away from management and toward leadership,” Walker added, “and veterans have practiced leadership at a young age.”

Walker also notes that Fannie Mae places a high value on “diversity of thought,” something he says veterans are especially qualified to provide. “We’re trying to place more emphasis on the customer, not just on managing risk,” Walker said. “We want to get management to think differently on how to deliver the customer experience.” And veterans could be the key to thinking outside the box.

For those who are fresh out of the military, Fannie Mae also has a multitude of roles for more junior members to come in and join the team. “We’re really looking for intrinsics,” Walker said. “We want people who can coach and influence — not just tell people what to do, but influence them to change — and we want people who are good at complex problem-solving.” Skills, he says, that he believes veterans have in spades.

But there’s more to working at Fannie Mae than just the reward of leading again. The company is a very competitive employer, and there’s a dedicated military/veteran employee resource group to help veterans through all levels of the company adjust to their new workplace and build a community with people who understand their unique experiences.

“Getting your foot in the door at Fannie Mae is challenging,” Walker admitted. “But we want to make sure we pick the right people. We want to set a higher bar for leadership.”