Goodyear’s commitment to safety, quality, and innovation is evident through its recruitment of top talent from the veteran community. The... 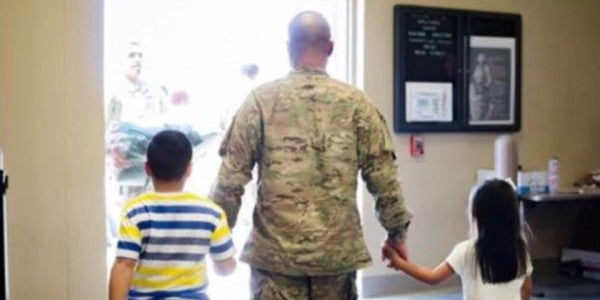 Goodyear’s commitment to safety, quality, and innovation is evident through its recruitment of top talent from the veteran community. The Ohio-based company has a long history of supporting the military, dating back to World War I, when the manufacturer produced goods for trucks and airships. Goodyear continues that tradition today by actively working to fill its workforce with the unique skill sets of service members. The company leverages its internal veterans association to help create a seamless shift to the civilian sector for those transitioning from active duty, like former U.S. Army Sgt. Jonathan Molina, who found a management position with Goodyear.

Molina, a soldier of seven years, was deployed to Bulgaria just months before he was to leave active duty. He attacked his transition plan on multiple fronts by taking advantage of professional development opportunities, including certification programs. In his final months before exiting the Army, Molina participated in Heroes MAKE America, which trains transitioning service members in manufacturing, OSHA and forklift certification.

Those efforts paid off. He says the education helped him land a career with Goodyear before he even received his final paycheck from the Army.

“The opportunity with Goodyear was thanks to the manufacturing program I was in,” Molina said. “They take you to different plants. At Fort Riley, we did about 12-to-15 tours in different manufacturing plants, and that’s how I was able to go to the Goodyear tire plant in Topeka, Kansas. That’s how I was able to learn about jobs at that plant and what they make there.”

The day he stopped earning money from the Army was the same day he started his Goodyear career.

Molina acknowledges that leaving the way of life he had known was challenging for several reasons, but ultimately, the results are up to the soldier.

“The transition depends on you completely,” he said. “Some units give you more time to prepare than others, but it’s on you to be able to look for that time and prepare yourself. It’s not an easy transition, but it is possible.”

The Puerto Rico native knew returning home would not be an option after the devastation caused by Hurricane Maria. He and his wife decided to look for opportunities near his final duty station of Fort Riley, Kansas. Even though his MOS was in communications, Molina considered several paths for his post-military career.

“I had my bachelor’s degree, which I earned in sales before the Army, so I was looking in that direction — sales or marketing,” he said. “I also earned certification in fiber optics in the Army right before I got out, so that I could be a fiber optics installer. I also participated in the manufacturing program because I knew there were a lot of jobs in factories. I saw an opportunity with that program, I took it and it paid off. Now I have a good job at Goodyear that is supporting my family.”

Molina joined Goodyear as an area manager in May 2018. He is responsible for managing more than 20 associates in addition to duties related to monitoring safety, quality and maintenance while keeping tire production flowing to the warehouse.

Currently, 6% of Goodyear’s U.S. workforce is comprised of veterans, and they are actively recruiting more. Molina says one benefit of working for the company is the number of veterans he gets to work with. The company culture feels familiar.

“It’s definitely a plus working for Goodyear because I’ve been in a similar mindset for seven years: working closely with others to achieve a common goal while sharing common experiences and environment. There’s a lot that correlates to my time in the Army, such as my responsibilities as an area manager and how Goodyear operates.”

Molina also recently joined the Goodyear Veterans Association, which connects him with fellow veterans in the company and introduces him to opportunities to serve others in the community. A typical meeting also involves swapping military stories.

Even though leaving active duty has been an adjustment for Molina and his family, he has found confidence in his future with Goodyear, especially since the company has been so supportive of his decision to continue serving the country through the Kansas National Guard.

For others getting ready for what’s next in their life after the military, Molina recommends focusing on three areas:

Molina urges service members to pay attention to the financial assignments of the transition briefs. Because the military provides health care, housing, utilities and many untaxed parts of income, he sees finance as the No. 1 hardship in civilian life.

Focus on the long game rather than seeking job opportunities that don’t require an education. Utilize the education benefits offered by the military and the VA. For those looking for a career in leadership or management, some form of education will be required and that does not mean traditional four-year colleges only. Consider a trade or certification program.

Sit down and think about what you would like to do after the Army. Weigh the idea of preparing for many different fields, not just focusing efforts on one path. In the end, the goal is to find a job that can help support your family.

Visit Hirepurpose to learn more about current opportunities with Goodyear.