A vet’s advice: Translate your military skills for hiring managers 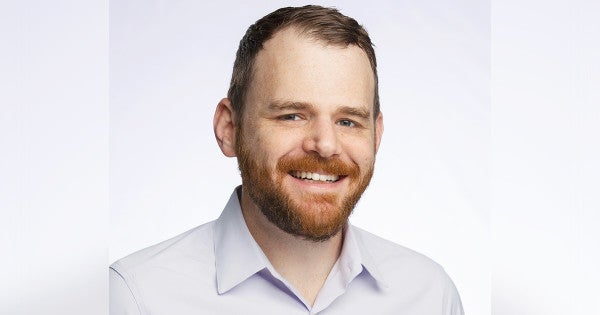 Editor's Note: The following story was authored by Robert Half and highlights a veteran atRobert Half. Committed to including talented members of the military community in its workplace, Robert Half is a client of Hirepurpose, a Task & Purpose sister company. Learn more here.

When Jason Markowitz was in college majoring in electrical and computer engineering, he found it difficult to maintain his grades while simultaneously working two jobs. On a buddy's recommendation, in 2006, he left college and enlisted in the Army National Guard.

“I was interested in serving my country,” Markowitz explains in a recent interview. “Also, the money I'd earn in the military could help with college tuition down the line.”

Markowitz says joining the military gave him the leg up he needed. He dove into roles as communications and networking supervisor and recruiting liaison. Deployed to Afghanistan, Markowitz found the military provided him the structure, skills and training that would serve him well in life and later in his civilian career. “The military … gave me a work ethic that I didn't have,” he says.

During his tour of duty overseas, Markowitz says he handled “anything under the sun” having to do with communications equipment. He did the planning, execution, monitoring and controlling of these projects, which helped him build valuable project management skills.

“All these tasks are things vets handle,” he says, “but they may not realize these activities are key to project management initiatives they will encounter once in the civilian workforce.”

Fast forward to 2013. Markowitz found himself among the 200,000 service members separating each year from the military. Many wish to quickly enter the civilian workforce, but find roadblocks along the way.

For many veterans transitioning, like Markowitz, there is a feeling of being an outsider looking in. After putting their lives on the line to defend their fellow military members and entering into combat situations, many like Markowitz come home to a less-than-warm reception on the job search front.

After leaving the National Guard, Markowitz remembers a recruiter at a job fair telling him his “time in the military didn't count as experience.”

In 2009, summoning the discipline he'd developed in the military, and with savings earned, he went to college and in 2012 earned his BS in business administration and management.

But even with his extensive technical training and leadership, and a four-year degree under his belt, he found the job search unwelcoming.

“I couldn't find a job,” he says, recalling how he slept on friends' couches for two years. After pounding the pavement and having more doors closed in his face than he cares to count, he found a commission job in financial services. He also tried his hand at running a housekeeping business. One dead end after another.

“It felt like a punch in the gut,” Markowitz says. “I didn't expect the transition from military to civilian work to be easy, but I did expect my service to give me a leg up. What I found was a big letdown. My experience wasn't even as valued as a summer internship by employers.”

Markowitz says his best friend, who had been coaching him throughout his job search, one day recommended him for a position at global staffing firm Robert Half, his friend's employer. To prepare for the interview, he would have to learn how to translate military jargon into corporate lingo, his friend told him, then spent hours with him doing mock interviews.

“I owe so much to the guy,” Markowitz says.

His practice sessions paid off. He is now a successful portfolio manager in information security at Robert Half.

“There are enough veterans here at Robert Half, and camaraderie, that you feel you're not an oddball,” Markowitz says. “There is an instant rapport with other vets.”

Although Markowitz found a job internally with Robert Half, the company also makes strong efforts to connect veteran job candidates with opportunities at its clients' businesses.

Robert Half works with transition assistance program leaders, has a presence at numerous U.S. military bases and helps candidates with military backgrounds with mock interviews, resume review and employer panel days. The company has deep relationships with veterans organizations — including Hirepurpose — and has one of the most effective online military skills translators in the industry.

The company also has many former veterans working at its corporate headquarters and in its field offices around the globe. They are familiar with the challenges veterans face transitioning to civilian careers and many mentor candidates and new hires along their new career paths.

Markowitz's advice to veterans looking for career opportunities: “The U.S. military is the largest fraternal organization in the world. If you email vets at other civilian organizations, find them on LinkedIn or other networking sites, or at vet mixers, they will respond and help. NPower and Hirepurpose are just two great examples of organizations helping veterans with this process. Today, you're not alone.”

“The biggest thing I learned is that you have to translate your knowledge and skills for hiring managers or risk hitting your head against the wall,” Markowitz says.

“The responsibilities I had as a radio operator/maintainer could be described in civilian terms as a project coordinator/project manager/trainer,” Markowitz says. “I was communicating daily to senior leaders risks, challenges, technical requirements, dependencies to meet mission requirements, as well as building out specific documents and standard operating procedures for people in the field. I was supervising other soldiers who would be setting up communications infrastructure. When I got some perspective on it, I came to the conclusion that my skills set represent a strong project management background.

“If I put my job title as '25C,' no recruiter in the civilian world would know what that is,” Markowitz says. “Instead, you have to translate what you actually did in the military … to something that a recruiter would see and be able to put in front of a hiring manager. You might've worked on technical systems that don't exist outside of the military, but they're very similar to technical systems that are in the civilian world. You have to be able to say with confidence, 'I did this, and it's very similar to what you're hiring for. Can you give me a chance? I'm gonna prove it to you that I'm worth taking the chance on.'

“When I had my interview at Robert Half, it was with three people and one happened to be a veteran,” Markowitz says. “He was able to understand my experience and way of communicating much better. Robert Half gave me an opportunity to come in and prove myself and show my skill set in a way that demonstrated what I'd done in the military mattered and had value.”